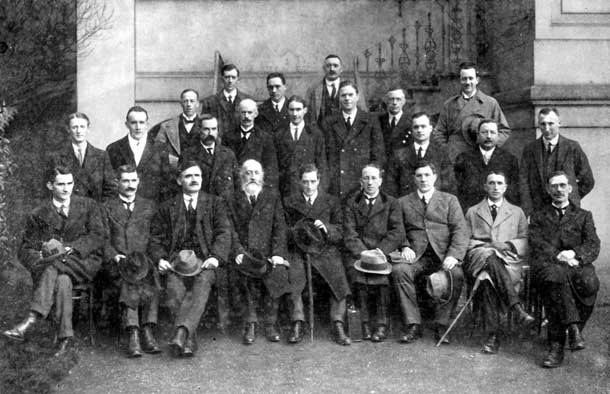 ONE of the first leaders of the Irish people to lose his life in the Civil War in 1922 was Cathal Brugha TD who for many years had been a key figure in the IRA, Sinn Féin and Conradh na Gaeilge.

Born in 1874 at 13 Richmond Avenue, Fairview, Dublin and christened Charles William St John Burgess, he was educated at Dominic Street School and Belvedere College. He was an accomplished athlete in boxing, football, hurling, gymnastics – and even cricket.

The major change in his life came when he was inspired to take his place in the Irish Ireland movement. He joined Conradh na Gaeilge in 1899 and soon became a leading figure in the Keating Branch in Dublin which attracted many advanced nationalists. He changed his name to Cathal Brugha and became a fluent Irish speaker, deeply committed to the language.

In 1909, with the Lalor brothers, he established the candle manufacturers Lalor Ltd and in 1912 he married Kathleen Kingston of Birr, County Offaly. The following year he was one of the founders of the Irish Volunteers – Óglaigh na hÉireann. In July 1914, he took part in the landing of rifles for the Volunteers from The Asgard in Howth.

In Easter Week 1916, Cathal Brugha was second in command to Commandant Eamonn Ceannt in the South Dublin Union where some of the fiercest fighting of the Rising took place. Making a final stand as British troops closed in, Brugha received over 20 wounds and was almost given up for dead. But in the months following the Rising he made a remarkable recovery, although his ability to walk was permanently impaired. 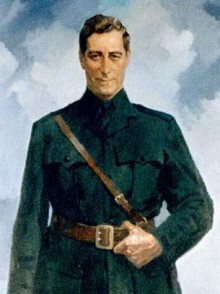 As soon as he was able to move about again, Cathal Brugha resumed the reorganisation of the Volunteers and the campaign for the release of political prisoners. He helped ensure that the reorganised Sinn Féin adopted a republican constitution in 1917 and that the movement went into the 1918 general election on the basis of a manifesto seeking an Irish Republic. He planned to shoot the British Cabinet in Westminster if they enforced military conscription on Ireland. He was elected Sinn Féin TD for Waterford in 1918, being re-elected for Waterford/Tipperary East in 1921 and 1922.

Cathal Brugha chaired the inaugural meeting of the First Dáil Éireann in the Mansion House on 21 January 1919 which declared the independence of Ireland as a Republic. He was Minister for Defence in the Dáil Cabinet throughout the Black and Tan War. His priority was to ensure that the Volunteers were able to function throughout Ireland as the Army of the Republic.

Brugha saw no prospect of progress in the negotiations with the British Government which began in the summer of 1921. He was appalled by the Articles of Agreement signed in London on 6 December and spoke out against their acceptance by the Dáil. His Dáil speech has been criticised for the personal bitterness it displayed against Michael Collins. However, it also expressed the determined republicanism shared by many at the time who would never accept the Treaty. On the last day of the debate, Cathal Brugha told the Dáil:

“Why, if instead of being so strong, our last cartridge had been fired, our last shilling had been spent, and our last man were lying on the ground and his enemies howling round him and their bayonets raised, ready to plunge them into his body, that man should say - true to the traditions handed down - if they said to him: ‘Now, will you come into our Empire?’ - he should say, and he would say: ‘No! I will not.’ That is the spirit that has lasted all through the centuries, and you people in favour of the Treaty know that the British Government and the British Empire will have gone down before that spirit dies out in Ireland.”

After the Treaty split, Cathal Brugha worked to try to maintain the unity of the IRA but as the Free State Government became established and as British pressure on it increased, the slide to war accelerated. When the Free State Army bombarded the Four Courts with British guns on 28 June, Brugha volunteered to fight with the IRA’s Dublin Brigade.

Severely wounded by Free State fire in O’Connell Street, he was taken to the Mater Hospital. Cathal Brugha died two days later, on 7 July 1922, 90 years ago this month. 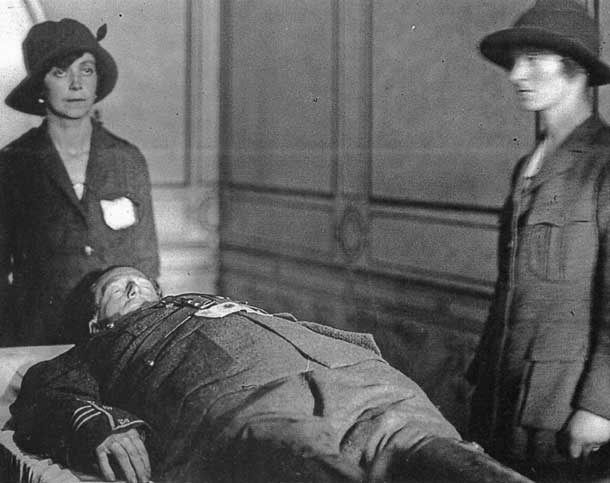