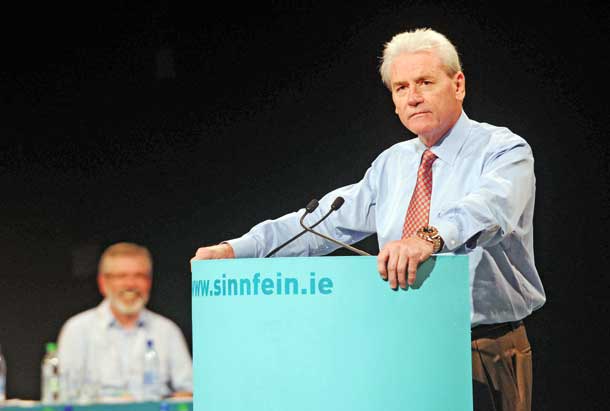 We also stand by our slogan ‘Feel the Power’ to make sure every worker, every elected official and every employer feels the power of a united working class and middle class

TERRY O’SULLIVAN is General President of the Labourers’ International Union of North America (LiUNA), a half-million-strong trade union that says it is “the most progressive, aggressive and fastest-growing union of construction workers, and one of the most diverse and effective unions representing public service employees”.

LiUNA proclaims that it delivers for its members and for its countries (it’s organised in Canada as well as the United States).

LiUNA members are in the forefront of the construction industry - “a sector that is a powerhouse of 12million workers producing 5% of our country’s economic output” and doing “the hard, dangerous and sometimes dirty work of building our countries”.

“We are united through collective bargaining agreements which help us earn family-supporting pay, good benefits and the opportunity for advancement and better lives.”

Terry talked to JOHN HEDGES while he was home in Ireland for the Le Chéile event and Sinn Féin Ard Fheis in Kerry, from where his grandparents emigrated to build a life in America.

How important is your Irish heritage to what you do and how you see things?

It’s extremely important. It’s who I am. It’s part of my DNA.

My Irish heritage is not something of the past; it is what inspires me to dedicate my life to the cause of equality, of justice, of workers’ rights and of civil rights, and of a free and united Ireland.

Can you tell us something of your grandparents and ancestors?

My grandmother and grandfather on my father’s side were born in Glencar, County Kerry. There were both tailors and farmers in the family. There was a strong commitment and dedication to the cause of a united Ireland. In the late 1920s, my grandfather emigrated from Ireland to San Francisco where his uncle was living. My grandmother left Ireland for New York City about the same time, where she had an aunt. (Her sister, now 95, still lives in Killarney.) Later, they reunited in San Francisco and were married.

What motivated you to get involved in politics affecting Ireland?

My father passed on to me both the history and pride of our Irish heritage. I am in awe of the heroism of our forefathers, who fought for the cause of a free and united Ireland. The sacrifices they made and the relentless dedication to their vision and mission led me to learn more about the politics of Ireland and to join the cause.

A common theme for LiUNA is ‘Organise or Die’. That’s a fairly dramatic statement but does that sum up your union’s outlook?

‘Organise or die’ is dramatic but it also reflects the reality for LiUNA and all unions. If LiUNA does not grow its membership and increase the share of the market that is unionised, our ability to represent workers will decline and downward pressure on wages and benefits will intensify. So we must organise or ultimately our organisation will lose relevance.

We also stand by our slogan ‘Feel the Power’ to make sure every worker, every elected official and every employer feels the power of a united working class and middle class.

LiUNA is recognised as being a very effective negotiator on pay, pensions and conditions for its members. How important is that for LiUNA, its members and the industry or economy?

It is critically important. While there are many reasons to join a union, most workers join unions first and foremost for better pay, better benefits and better working conditions. Improving living standards for workers builds the respect and dignity that all people deserve - and it makes America stronger.

While it is the material things that often drive unionisation, in the end a union remains strong when its members feel that the union is part of their daily life and that they are part of something bigger than themselves. In other words, it’s not about individual achievement but collective advancement.

You’ve been the General President of the Labourers’ International Union (LiUNA) of North America since 2000. What changes have you seen for rank-and-file workers in the US and Canada in the past decade?

The Great Recession in the US has not thwarted our efforts to continue to improve training and add new types of training, all of which opens the door to new opportunity for members. We’ve increased training opportunities in construction industry, including in hazardous materials removal, residential construction and the energy field.

We have also dramatically increased the strength of our political programme so that members and all working people have a stronger voice in government and the ability to push a jobs agenda. 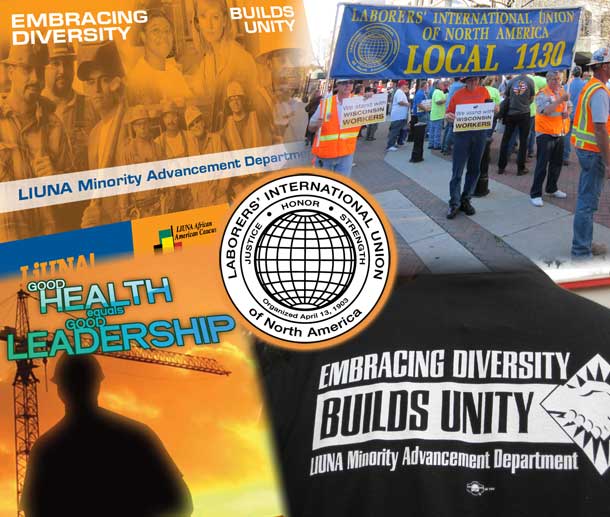 What do you see as the biggest challenges facing workers and the trade union movement in North America and globally?

The current economy continues to challenge workers. Construction unemployment remains near 15% with more than one million construction workers looking for work. As in Ireland, we are fighting for a jobs agenda rather than a destructive austerity agenda.

We are also facing a co-ordinated attack on unions and workers by a well-financed, corporate-backed right-wing. The attack is both at the state level and nationally. We are fighting back and the trade union movement has never been more unified and determined to put our country back in the hands of the working class.

Globally, the power of corporations, particularly banks and other financial institutions, threatens not just the living standards of working people but democracy itself.

As a trade union leader, you have to motivate people. You’re known as an inspirational speaker - where or who have you gotten your inspiration from?

I am inspired by the members of LiUNA and the daily struggles of working people. And, of course, I am inspired by my father and by the proud history of Irish heritage. All of these things exemplify the beliefs of Sinn Féin: justice, equality and fairness for all.

What can Irish-Americans do to help the cause of a united Ireland?

We must raise our voices and raise the necessary resources to fight for a free and united Ireland. Most importantly, we must work with American elected officials and the American people to highlight the strife and struggle of the Irish people and to inform them that Ireland is one people, one country and one island.

Americans understand this because the fight for Ireland is not so different than the fight for independence in the United States - a struggle to break free from unwanted bondage.

You’re here to attend the Sinn Féin Ard Fheis and be recognised as a Le Chéile honouree for your service to the cause of Irish freedom. That’s happening in Kerry, where your grandparents were forced to emigrate from long ago. How do you feel about all that?

It is an understatement to say this is a great honour and privilege. My grandfather died in 1937 and he never had the opportunity to return to his native land after moving to San Francisco. So to return and receive the Le Chéile honour is a tribute to him, to my father and all those who have struggled generation after generation for the cause of Ireland. 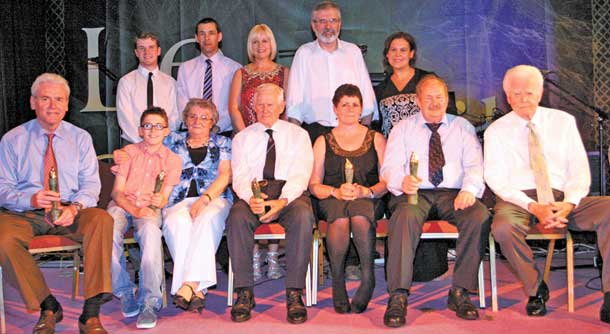