In the minutes of the meeting, the British Army’s most senior officer praises the vigilante efforts of the UDA. Loyalists killed 27 Catholics in July 1972; the UDA were responsible for at least 16 of these killings

OFFICIAL British Government documents marked ‘Secret’ from July 1972 uncovered by campaign group Relatives for Justice reveal evidence of the British Government and the British Army’s high command effectively giving their soldiers a licence to kill without fear of prosecution in operations aimed at crushing republican resistance.

They also show that the British military and political machine saw the loyalist UDA sectarian death squads as allies in their war against the IRA.

The document (published in the past fortnight by Relatives for Justice) is of a 10 July 1972 strategic government and security meeting at Stormont Castle involving Secretary for State William Whitelaw MP; the North’s most senior British Army officer, General Officer Commanding (GOC) General Ford; the Deputy Chief Constable of the RUC; Lord Windlesham the British Government’s representative in the House of Lords; British MPs; and senior civil servants from the NIO and London concerning the aftermath of the breaking down of the British Army’s truce with the IRA.

Details in the document show that those at the meeting believed or decided:

The shooting dead of a Catholic priest and five civilians in west Belfast by the British Army the day before the meeting are also mentioned.

“Of the approximate 300 killings by the British Army, there has only been convictions in three cases. All of those convicted were released significantly early and reinstated back to their regiments; some were promoted.

“The discovery of this document indemnifying British soldiers from the threat of court proceedings whilst they took their ‘war’ to nationalist communities with the ‘utmost vigour’ is the first official documented evidence of a policy amounting to impunity. It is a clear amnesty being put in place for what would later occur and the inevitable loss of life.”

“In 1972, the British Army killed 79 people. Not one soldier was held to account for these killings.”

In July 1972, the British Army killed 20 unarmed Catholics, 14 of whom were killed in days following the meeting from which this document emerges. Many more were shot and injured.

The document can be viewed online at www.relativesforjustice.com 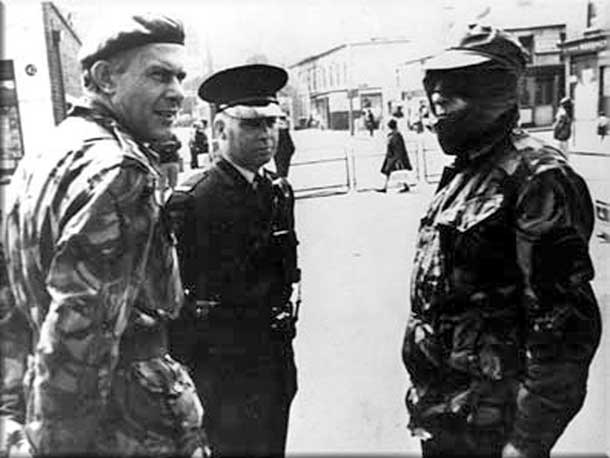