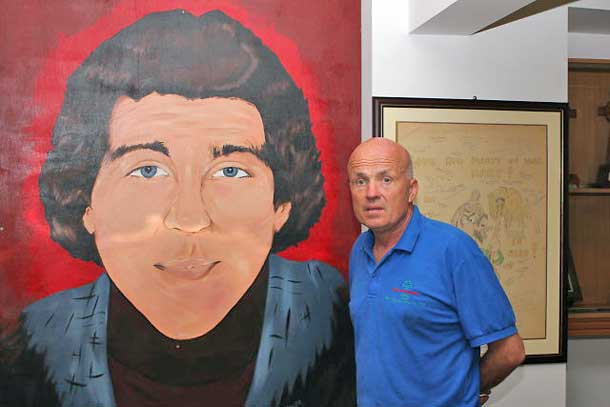 ‘Forty years ago, there was only one way to take the struggle forward but today there are other, better options available to reach our goals and aspirations’

WHEN Seán McGlinchey was a republican prisoner in the Cages of Long Kesh, no one would have thought that he would one day be launching this year’s National Hunger Strike Commemorations as Mayor of Limavady Council.

His journey over the past 40 years has been nothing short of remarkable and covers an unprecedented period of Irish history.

Born in the townland of south Derry, Seán McGlinchey was reared with a love of his culture played Gaelic football and learned his native language.

As a 16-year-old boy, he attended the Civil Rights marches with his father and brother, Dominic. They experienced how the state responded to their peaceful protests for basic rights.

By the time he’d entered his late teens, the political situation in the North of Ireland had deteriorated. The British Army began to occupy the small towns and villages around south Derry and he saw at first hand the injustices visited upon his community by a foreign army, a sectarian police force and a unionist government.

As protest turned to resistance, Seán McGlinchey made a momentous decision that would shape his life over the next 40 years — he and several members of his family joined the Irish Republican Army.

The conflict raged throughout the North. Seán and three other members of his family would find themselves in jails serving long jail terms. Seán McGlinchey ended up in the Cages of Long Kesh at the same time that the Blanket and No-Wash protests were taking place in the H-Blocks.

Speaking about that time, Seán pays tribute to his mother:

“At one time, four of us where in jail yet my mother was totally supportive and we never wanted for anything.  She was such a strong woman who never once complained about her own conditions of having to travel to the prisons and making up parcels for us while not having a lot of money to live herself.”

Seán escaped from the Cages but was recaptured and put in isolation for several months during which the 1981 Hunger Strike ended. Ten men were to die during that period, including Francis Hughes and Tom McElwee, close friends, neighbours and comrades of Seán.

The criminalisation strategy by the British had been designed to break the republican struggle through the prisoners but that strategy was defeated by the POWs’ courage and integrity. Eventually, the demands of the prisoners were met and the men began to organise, educate and discuss a strategy of how to drive forward the struggle for Irish freedom.

In September 1983, Seán McGlinchey was one of 38 prisoners who escaped from what was then claimed to be the most secure prison in Europe.

After being recaptured, Seán was to rejoin his comrades in the Blocks until his release in the 1990s.The Peace Process was beginning to develop and the prisoners were central to any future arrangements that would evolve.

During this time the prisoners began a debate that would not only help inform the republican leadership but also help shape the process itself. Seán was part of the discussion that helped move the struggle towards the first cessation. 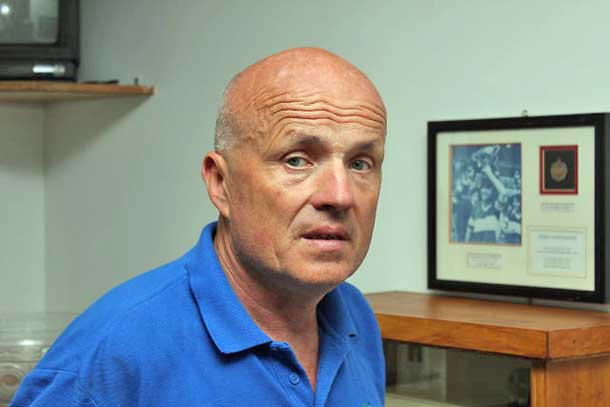 As the Peace Process progressed, Seán was released and continued his republican activity on the outside by ensuring that republicans on the ground were being kept up to date with political developments and discussions taking place between the Republican Movement and the British Government.

The republican community remained steadfast and confident that the strategy being pursued was the correct one. As the process continued, Seán was to become a prominent community leader with increased respect in his local area. It was again a measure of his commitment to the republican struggle when he stood for election and was elected to Limavady Council in 2011.

“I am basically a very private person and I’ve never seen myself as a public representative but I thought to myself that it was time to stand up and be counted,” says the former POW.

“The Peace Process was under attack and I wanted to stand firm with the Sinn Féin leadership and show my support for the strategy so I let my name go forward.

“As [film and TV star] Colm Meaney said in the Mansion House during the Martin McGuinness Presidential election campaign, there comes a time to raise your head above the parapet.”

It was also a mark of respect and confidence in Seán that his fellow councillors nominated him to the position of Mayor in his first term on the council.

While a little older and wiser, Seán is still the same dedicated republican that he was back in the early 1970s when he became involved in struggle. The challenges may be different but the goal is the same — a united, independent Ireland based upon equality and justice.

“Forty years ago, there was only one way to take the struggle forward and I stepped up to the mark in the only way that I thought was available,” he says, “but today there are other, better options available to reach our goals and aspirations.

“When the Hunger Strikers died they did so knowing that they were fighting to secure the human rights and justice for all prisoners not just the republican ones.

“Today, I campaign for better conditions for everyone in my constituency, not just my own constituents, while all the time striving to reach our primary objective of a united, independent Ireland.”

Seán is embedded in his community, providing access as an elected representative and benefit advice as well as promoting facilities for cultural, historical and community activity. Talking about his current role Seán says:

“It wasn’t easy being a republican activist during the conflict and it still isn’t easy now as we struggle to maintain services and prevent poverty from the British Tory cuts and build support for the republican project across the island. But I am extremely confident that the road we are on is the right one. I have dedicated my life to this and I firmly believe that for the first time in Irish history we have the opportunity to bring this struggle to a conclusion.

“As I look at where we are now, it is hard to envisage that we have travelled so far over the past 40 years. As a republican in the 1970s and 1980s I felt marginalised and never saw an end to the conflict, never mind entering the current phase of national reconciliation where we are today.

“I never thought that Sinn Féin would become so strong and that we would have representatives in every political forum on the island of Ireland and Europe as well as political influence in Britain and the USA.

“I am proud to have been the Mayor of Limavady but I saw the role as one that I have been privileged to take on in furthering the republican aims of building a new Ireland that will deliver for all its citizens.

“Partition has failed all the people on this island, not only the people in the North. It has failed people in the South as well as we see economic sovereignty in the 26 Counties being sold to the bankers and bondholders, leaving thousands in poverty.”

This year’s annual commemoration will take place on 5 August in Dungiven, where Hunger Striker Kevin Lynch is buried. Seán is proud that Dungiven has been given the honour to hold this year’s march as south Derry played such a major role during that period.

“I never got to know Kevin but I have become good friends with his mother, Bridie, and his family. I have the utmost respect for Bridie for the support she and her family have given to me and I know she is honoured that the national commemoration will take place in Dungiven.

“Freedom will only be truly achieved when we have won the hearts and minds of all the people of Ireland — Protestant, Catholic and Dissenter — and the only way to do this is to show leadership and to build confidence and popular support: treat others as you expect to be treated.” 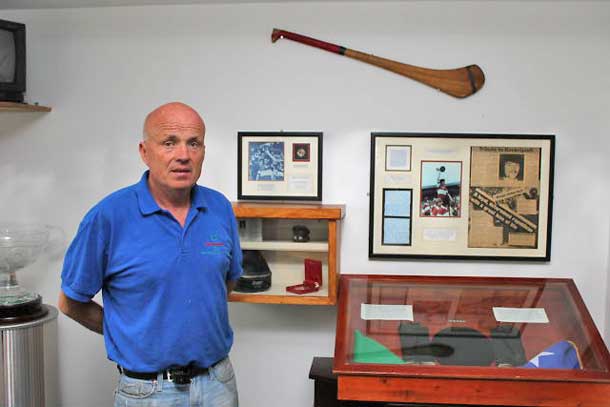 Seán with 1981 hunger striker Kevin Lynch’s beret, gloves and flag, his hurl and All-Ireland medal in the Dungiven Museum