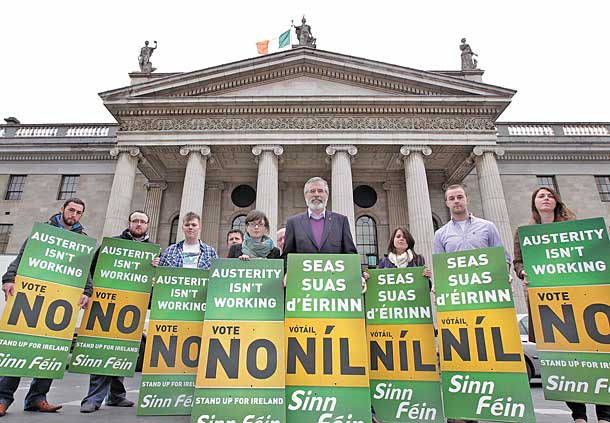 ON 17 JUNE, Irish republicans will gather at Sallins in County Kildare and parade to Bodenstown Graveyard to once again honour the founding figure of Irish republicanism, Theobald Wolfe Tone.

Wolfe Tone was born on 20 June 1763 and died in Dublin in British custody on 19 November 1798. He had a pioneering commitment to a democratic, non-sectarian Ireland and was ceaseless in his efforts to achieve Irish freedom. Tone wrote in his autobiography that his aim was:

“To subvert the tyranny of our execrable government, to break the connection with England, the never-failing source of all our political evils, and to assert the independence of my country — these were my objects.

“To unite the whole people of Ireland, to abolish the memory of all past dissensions, and to substitute the common name of Irishman in place of the denominations of Protestant, Catholic and Dissenter — these were my means.”

We recall not only the sacrifice of Tone but of his comrades and, as at Easter, those in the generations that followed him down the centuries who lost their lives in the cause of Irish freedom or who have dedicated their lives to that noble cause.

In these times of austerity when ‘execrable governments’ all over the world are putting the interests of the bankers and speculators before those of the majority of citizens, and as we prepare for the centenary of the 1916 Easter Rising, there is an even greater need for republicans to organise and show people that there is a better way to deal with the problems our economy and our society now faces.

An Phoblacht urges all republicans to join Sinn Féin at Bodenstown and to organise in their communities, workplaces and colleges to win more people to the cause of ‘A New Republic — A New Future’.