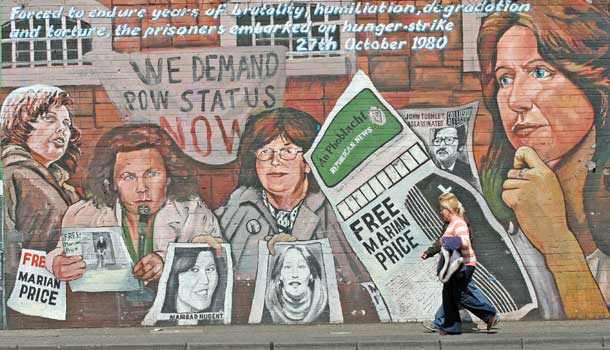 MARIAN PRICE should be released from prison to be treated in an outside hospital pending her full release, West Belfast MLA Jennifer McCann told Justice Minister David Ford in an urgent meeting sought by Sinn Féin on 21 May.

The previous week, a doctor appointed by the United Nations visited Marian Price in Hydebank Wood Detention Centre to assess her medical condition and report back to the UN.

An Irish News report on 16 May described Marian Price as “a broken woman who only poses a threat to peace as long as she is locked up”.

“In the absence of her release we pressed the Justice Minister to take immediate steps to have Marian Price moved to an outside hospital.

“Considering her physical and mental conditional, it is imperative that the Justice Minister acts swiftly so that Marian Price can get the care she most obviously needs.”