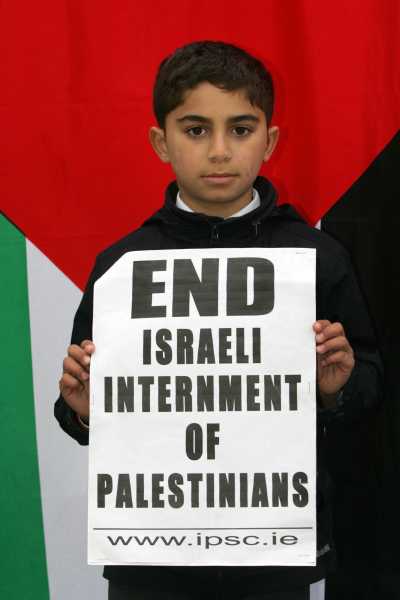 'The current situation of Palestinians in Israeli jails is unacceptable'

THIRTY-FIVE members of the Irish Parliament in Dublin – from all political parties and groups in the Dáil and Seanad – have signed their names to a petition calling for an immediate response to the ongoing mass hunger strike of Palestinian prisoners in Israeli jails.

The 35 include all of Sinn Féin’s TDs and senators.

A cross-party group of TDs will attempt to raise the matter in the Dáil under ‘Topical Issues’.

The 35 Oireachtas members have called for an immediate response to the Palestinian non-violent protests:

The current situation of Palestinians in Israeli jails is unacceptable. We call on both the Israeli Government and international actors to recognise the following demands of prisoners:

The Oireachtas members who signed the petition are: