Maghaberry prisoners must be treated with respect 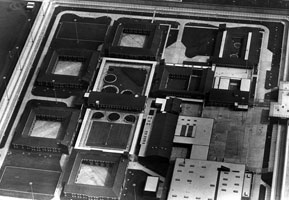 Following protests in Maghaberry Prison at the weekend, Sinn Féin Assembly member Carál Ní Chuilín has called on the prison authorities to treat republican prisoners held there with respect and dignity.
“Regardless of why anyone is in prison they are entitled to be treated with respect and dignity. It is clear that the regime in place for republican prisoners in Maghaberry falls well short of this,” she said.
“Prisoners should not be held in 23-hour lock up, they should not have been denied the right to wear Easter Lilies and the decision to remove 28 men to the punishment blocks as a result of the weekend’s protest is wrong and counterproductive.
“There is a widely held belief that many of the problems in Maghaberry are directly linked to a Prison Officers’ Association which is still firmly wedded to the past. The Prison Service is one of those institutions that has to date escaped widespread scrutiny and much needed reform. This needs to be a priority for a new Justice Minister.”
An Phoblacht
44 Parnell Sq.
Dublin 1
Ireland