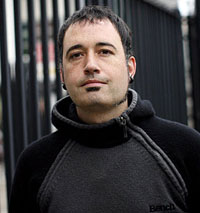 The Don’t Extradite the Basques Campaign has welcomed the news that the Spanish authorities will not appeal against last week’s High Court ruling that the extradition warrant against Arturo ‘Benat’ Villanueva is invalid.
Villanueva welcomed the decision and urged people to now support the efforts to stop the extradition of Inaki de Juana.
“I am obviously relieved by the news that myself and my partner can now get on with our lives here in Belfast, without the threat of facing time in a Spanish jail for my political beliefs hanging over my head,” said Villanueva. “I would like to thank my legal team and the Don’t Extradite the Basques Campaign for their support during the past year. I have received an enormous amount of solidarity from the people of west Belfast, including community leaders, Assembly members and MEP Bairbre de Brún, and I would like to warmly thank all of them for this support.
“The case against me was motivated by malice and vindictiveness on the part of the Spanish authorities. There was no evidence provided that I had committed any crime, and it was obvious that I was being pursued for my political beliefs in favour of independence for Euskal Herria (the Basque Country).
“I would also like to express my support for Inaki de Juana in his effort to remain in Ireland. Like myself, Inaki is being targeted by the Spanish government for his political beliefs and the charges against him are nothing short of ridiculous.
“Today in the Basque Country, the Abertzale Left is engaging in dialogue to build a peaceful and democratic framework through which the long-running national conflict can be resolved. But instead of seizing this opportunity for peace, the Spanish authorities insist on pursuing punitive and unconstructive actions such as this.
“I would urge the Irish people to get behind the efforts to prevent the extradition of Inaki de Juana for the sake of defending the basic human rights of the Basque people, which are being violated every day by the Spanish government.”