Government failed thousands of Fruit of the Loom workers 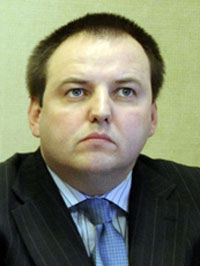 Donegal Sinn Féin Councillor Pádraig Mac Lochlainn has again demanded that An Tánaiste, Minister for Enterprise, Trade, and Employment, Mary Coughlan explain why the government she was a minister in, failed to deliver millions of European funding from the European Globalisation Adjustment Fund (EGF) to Fruit of the Loom workers in North Donegal who had lost their jobs in 2006 and the years prior. He described the government’s failure at the time as a “scandal” and repeated his call for a special fund from government to compensate the affected Donegal workers for their loss.
“I have now waited months for An Tánaiste to explain her Government’s inaction in 2006,” he said. “Her silence and repeated refusal to answer the tough questions shows that her government failed thousands of Fruit of the Loom workers.
“In December 2005, The European Council agreed to introduce the European Globalisation Adjustment Fund, with millions of euro in support for workers who had lost their jobs due to the global economy. Here in Donegal, the impact of Fruit of the Loom’s decision to relocate their operations to Morocco devastated the region, with the loss of thousands of jobs in Malin Head, Milford, Raphoe, and Buncrana as well as Derry.
“Despite the loss of thousands of textile jobs at Fruit of the Loom and the announcement by the company, in late 2005, that they were wrapping up operations in Donegal ahead of the timeframe they had earlier outlined, resulting in hundreds of early redundancies through 2006, the government failed to ensure that the EGF would apply to the Donegal workers before it came into statute in late 2006.
“The scale of the government’s remarkable neglect of the Donegal workers is demonstrated by the fact that the then Minister for Enterprise, Trade, and Employment, Micheál Martin, came to Donegal in July 2006 to launch his much trumpeted “Interdepartmental Report” aimed at addressing Donegal’s ongoing economic crisis. Flanked by Mary Coughlan and the other Donegal Fianna Fáil deputies, he assured us that they were focused on addressing our needs. We now know that Donegal wasn’t a priority for them at all.
“It is estimated that the 1,900 workers who lost their jobs at the Dell plant in Limerick in recent times will now benefit from around €5,000 each from the European Globalisation Adjustment Fund (EGF) for retraining and new business start-ups. €15 million euro in total has been allocated to the former Dell workers. I genuinely wish them well. However, workers in Donegal should have enjoyed the same assistance.
“The construction boom, or bubble as it is now seen, buffered Donegal from the immediate impact of the Fruit of the Loom departure but many of those employed at the textile giant are now on the dole queues and the government must now compensate them and give them the supports they deserve.”

Tánaiste and Minister for Enterprise, Trade, and Employment, Mary Coughlan