A game changer at Hillsborough 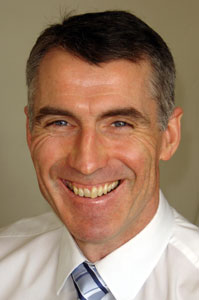 Every form of Sinn Féin activism, including negotiations, needs to be constantly benchmarked against the extent to which it progresses republican strategy and national and democratic objectives.  In short, whether they variously persuade popular opinion, build electoral support, and, or, influence the wider political context in pursuit of a united Ireland.
There was more than a hint of irony, therefore, that the Hillsborough Castle Agreement (HCA) was negotiated and announced from within a venue so long synonymous with British rule and partition.  Because, make no mistake, at the core substance and outworking of the HCA is the continued advance of the republican project and the transition towards a united Ireland.
Sinn Féin’s ability to negotiate successfully has always been in direct proportion to the overall political strength of republicanism at any given point.  We went into this negotiation very strong indeed.
Well before January, wider opinion and popular nationalism had recognised the seriousness of the political situation in the north.  A fault line ran through the political institutions, accentuated by continued DUP refusal to support equality and partnership, and default on the delivery of the Good Friday (GFA) and St Andrew’s Agreements by it and the British and Dublin governments.

A Chord Struck
As the January negotiations approached, nationalist anger was brought to boiling point in the face of DUP intransigence and preconditions, and an undisguised dead hand influence from within the NIO.  Many nationalists, and especially those reared in the old unionist one-party state, under the shadow of the “B Men”, recognised it all for what it was, unreconstructed sectarian unionism.
Against that backdrop, Sinn Féin’s negotiation strategy struck a chord.  It caught the imagination of ordinary nationalists and democrats in the north and across Ireland.  And clearly from media vox pops, chat shows and other indicators a significant section of the unionist electorate viewed repatriating policing and justice powers as a reasonable and beneficial thing to do.  Sinn Féin was also seen to stand up to rejectionist unionism and British complicity.  The SDLP had nothing to offer.
The party’s focus was on equality, partnership and democracy; the unfinished business of transferring policing and justice powers; and, outstanding GFA and St Andrew’s Agreement issues regarding the Irish language and north/south cooperation.
The DUP wanted to discuss parades:  Sinn Féin has never avoided such discussions.  But the DUP made it a precondition.  That was a political mistake.  They attempted to make the ending of the Parades Commission a precondition at the behest of the Orange Order, and link the timing of this to the transfer of policing and justice; and by implication assert the Orange demand to walk down the Garvaghy Road.
This was an untenable position because there was no popular support for such a precondition.
Now the transfer of powers is set for 12 April, and a process has begun to find a new improved regulatory framework to properly arbitrate and adjudicate on parades with local legislation, which protects the right to freedom from sectarian harassment.
The net result means that policing and justice as well as parades legislation will soon be subject to local democratic accountability.  And this with the broad agreement of unionism.
Other processes will deal with the functionality of the institutions, including the executive; and a political context has been shaped within which to advance Irish language rights and north/south political and institutional cooperation.

Good for All
Of course negotiation outcomes are one thing, ensuring these decisions and processes become new beachheads from which to bring about more change is another piece of work.  And that must now become the next focus for republicans
The HCA will be good for all citizens, unionist and nationalist alike, in the six counties – not least, because the DUP did finally engage, and agree to its terms.  Remember, they rejected the GFA and then tried to disown the St Andrew’s Agreement.  So the HCA has the potential to stabilise politics and begin to make the northern institutions work properly as part of the all-Ireland political framework set out in the GFA.  But it is also part of that bigger continuum of change.
The really big priority for republicans and nationalists is to convert the HCA into a game changer in pursuit of national and democratic objectives, and independence, and to do this alongside a process of positive development in our working relationship with the unionist parties.  That will mean being very single minded.
Since the Agreement’s announcement ambivalent and rejectionist voices have spoken from within the DUP, most notably Gregory Campbell and Nigel Dodds.  No surprise in that.  Some DUP leaders will probably come to the delivery of the HCA in good faith: others will not.  That fact betrays both a lack of confidence, and an unswerving opposition to power sharing in their party, due to ongoing disarray and inter-party rivalry within political unionism.
Republicans should not get distracted or deflected by attempts to unpick or undermine this Agreement.  Those unionists who contemplate that, with or without NIO connivance, will ultimately face the consequences in the dock of public opinion.
New negotiations would not mean negotiating backwards from the HCA: rather it would be the starting point from which republicans would continue to negotiate upwards for more rights, more change, and more forward momentum.

Irreversible Change
Political change may well come incrementally, but it is irreversible.
The elements of the HCA that enhance local democratic accountability now provide a new basis for political stability within the northern institutions, upon which to strengthen and increase north/south political cooperation and cross-border policy harmonisation, and so ramp up an All-Ireland Agenda that will benefit all.
The prospect of stability and scope to make these institutions really work places an important political obligation upon all the political parties.   Sinn Féin will continue to grasp this challenge, press forward the equality agenda and seek to ensure the institutions now deliver for all citizens.  The emergent political progress and putative process to end controversial parades needs to be harnessed by Sinn Féin to intensify efforts towards eradicating all forms of sectarianism.  That particular challenge needs to be matched with a renewed commitment by republicans to outreach with popular unionism and develop common ground.
Political negotiations in the six counties cannot be mechanically translated into political advantage in the south, but the outworking of the HCA does need to be stitched into a national perspective.  The centrality of Sinn Féin’s role needs to be harnessed to enhance the party’s political credibility, profile, and relevance in the 26 counties.
A new opportunity also arises from this negotiation for engagement with republicans hostile to the Peace Process, and to outreach with young nationalists susceptible to the allure of militarists.  The HCA should be used to demonstrate the viability of Sinn Féin’s political strategy for a united Ireland; and as an impetus for increased campaigning on all political, economic and cultural fronts.

New Opportunities
Yes, the HCA has once more upped the strategic stakes for Irish republicanism.
It can be a catalyst for opening new political space, new sites of struggle, and new opportunities.  But only republicans will make this happen.
The positive momentum that greeted the HCA within republicanism and nationalism, now needs to be channelled into the forthcoming Westminster general election, Donegal south west by election, and future Dublin mayoral election campaigns.  That popular goodwill for Sinn Féin’s negotiation efforts needs to be translated into increased electoral support for the party.
More popular support, increased political strength, and a determination by activists, north and south, to realise the strategic potential of the HCA, both within and outside political institutions, will be decisive in the coming weeks and months.
The HCA is the product of a republican strategy that works.  It will not be the last negotiation; it’s not final; nor is it a settlement: and, the republican struggle is far from over...  But, it does offer an advance preview of how the redundancy notice will look for British rule in Ireland.

Sinn Féin addressing the media after the Hillsborough Castle Agreement