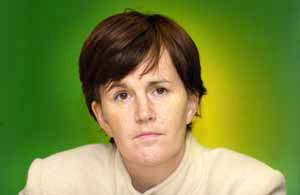 The news that a serving PSNI officer was questioned about the UVF attack on the Heights Bar, Loughinisland in June 1994 – in which six nationalists were shot dead and five wounded – has raised fresh concerns about crown forces collusion with the killers.
The serving PSNI member, named as Reserve Constable William Patterson, was arrested last Thursday 21 January.
A spokesperson for the Police Ombudsman’s office confirmed that a “serving police officer” had been arrested and questioned about assisting an offender, perverting the course of justice and withholding information.
The ombudsman’s spokesperson said that Patterson had been released pending further inquiries.
Solicitor Niall Murphy, who represents the families of the six dead – Adrian Rogan, Barney Green, Dan McCreanor, Eamon Byrne, Patsy O’Hare and Malcolm Jenkinson – said that while the families welcomed the arrest they pointed out that it raised serious questions.
“The families are extremely concerned that this officer, who was serving in the same police station in Downpatrick as the Loughinisland murder investigation, is now being questioned over allegations that he protected the killers and deliberately perverted the course of justice”.
In 2006 the families of the men killed and wounded in the Heights attack, unhappy with the original RUC investigation, asked the then Police Ombudsman Nuala O’Loan to investigate what they saw as, “serious flaws”.
This was based on the fact the RUC had destroyed the UVF killers’ getaway car and any possible forensic evidence it may have contained.
The car, a Triumph Acclaim, was found intact ten miles from the small County Down village within days of the shootings.
Also of concern to the families was the RUC’s inability to identify one of the killers even though they had uncovered a hair follicle on a balaclava belonging to one the gang.
Boiler suits, balaclavas and the weapons used in the killings, an AK-47 assault rifle and three hands guns, were also found near Saintfield days after the attack.
One of the weapons used in the attack was part of the consignment of arms smuggled into the North from South Africa by British Army agent Brian Nelson and had been used in three other killings and shootings.
It also came to light that an RUC informer code-named ‘Mechanic’, had the getaway car days before the Loughinisland shooting.
The attack on the Heights Bar took place on 18 June 1994, as up to 15 customers watched the Republic of Ireland world cup soccer game against Italy.
The gunmen burst in and opened fire indiscriminately, killing six and wounding five men seriously. The first warning anyone had of the attack was when the gunmen opened fire.
The ombudsman’s report into the killings had been due to be published in the summer of 2008 but was delayed. In July last year the families accused the PSNI of abandoning the hunt for the killers after the investigations was downgraded to ‘cold case’ status and handed over to the Historical Enquiries Team. The report was within days of release last September only to be delayed again after it emerged that new evidence had turned up. It is not known if this new evidence led to the arrest of Patterson.
Sinn Féin MLA Caitríona Ruane expressed alarm at news of the arrest, which she described as “unprecedented but not surprising.
“The long and very difficult search for truth embarked on by the families has exposed the close collusion between Loyalist paramilitaries and the British state,” she said.
“I understand that he is suspected of withholding evidence about loyalists involved in the killings in the Heights Bar and that he was a member of the RUC at the time of the attack. He also worked in Downpatrick when the Loughinisland murders were being investigated and I share the families concern that this officer may have been well placed to deliberately pervert the course of justice.”