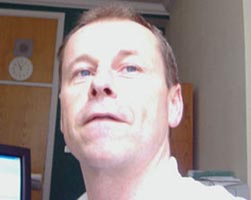 The GAA’s new experimental playing rules were launched last week to a mixed response. The two which have given rise to most debate are the Aussie rule-style ‘mark’, which gives a player who makes a clean catch what in effect amounts to a free kick, and a tightening up of the hand pass rule.
The latter in particular appears to have led to a lot of frees being awarded, as referees decided that players had not made the correct striking movement with their fist. A total of 74 frees were awarded in the Galway Sligo match, which is hardly an endorsement of the changes. Anything that leads to such an increase in frees and stoppage time is obviously not a good thing and surely frustrates the stated objective of those charged with coming up with changes to increase the flow of the game.
The same criticism applies to the mark, although there appear to have been relatively few in any of the games played so far. The main fear has to be that it will encourage time wasting, which is already a major problem as things stand. Moving penalties closer to the goal obviously greatly increases the chances of them being converted and Dublin benefited from this in their win over Wexford. The elimination of the square ball seems to have had little impact. Indeed, it certainly has not led to the increase in the number of goals scored, as forecast by some who envisaged forwards camping on the goal line. Of the 27 games played so far, there have been 44 goals, which works out at an average of less than two per game and almost half those goals were scored in the seven McGrath Cup fixtures.
The games themselves in the various provincial competitions are little more than chances for teams to experiment and there was little in any of the results that caught the attention. Dublin, with few experienced players, had a comfortable win and Pat Gilroy was careful to stress the relatively modest ambitions set for the Dubs after the humiliations of the past two years.
Kerry, with just two of the team that started the All Ireland final, beat Waterford thanks to two late goals from Kieran Donaghy. An experimental Tyrone team had an easy win over St. Mary’s College, which featured a good display from Kyle Coney, who turned down the chance to play Aussie Rules. Mickey Harte, one imagines, will be anxious to try out as many players as possible if Tyrone are to make another assault on the heights this year.
The rules changes in hurling are minor and don’t appear to have attracted any comment, good bad or indifferent, from those involved in the Waterford Crystal matches involving Munster teams. The only remarkable aspect of those games seems to have been the relatively easy manner in which University College Cork beat the Cork county team before an unusually large attendance in Páirc Uí Riain for this time of the year – a sign of the close interest that will be paid to Denis Walsh’s rebuilding after the disastrous 2009 season endured by the county.
Cork, in fairness, probably bore little resemblance to the team we will see later in the year, and a number of potential panellists are engaged with their colleges at the moment, but even so, their failure to score in the second half must be a cause of concern. With the departure of so many well known faces, one wonders if Cork hurling currently has the depth of talent to make a serious challenge in 2010. The most interesting aspect of the team selected was the debut of football giant Michael Cussen at full forward but he failed to raise a flag. In fairness to him, he had only just returned from a trip abroad with the footballers who, for that reason, didn’t take part in the McGrath Cup.
All early days, of course, and these games are probably of little significance in the broader scheme of things. Even so, that will not prevent big crowds turning up at the weekend to see games involving old rivals like Laois and Kildare, and Dublin and Meath, who will be attempting to set down markers for the future. The latter fixture is one that always raises the blood pressure on either side even when there is nothing substantial at stake.