Bill must contain strengthened socio-economic rights for all - Anderson 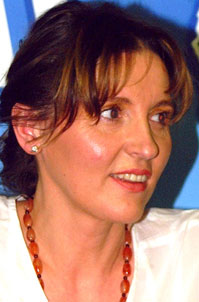 contributing factors
“Structural socio-economic discriminations and inequalities were contributing factors to the conflict here, not least on issues such as employment and housing.
“The British Government oversaw that regime, and has systematically failed to tackle the structural inequalities at the heart of the Six Counties.
“The institutional resistance over the last decade to the equality and human rights elements of the Good Friday Agreement make it even more necessary that fully justiciable economic and social rights  – which go above and beyond the current threshold – are enshrined in any new Bill of Rights.
“While Sinn Féin is demanding even more rights-based protections for all citizens, we will not tolerate – under any circumstances – any move which undermines the existing provisions on the promotion of equality.
An Phoblacht
44 Parnell Sq.
Dublin 1
Ireland