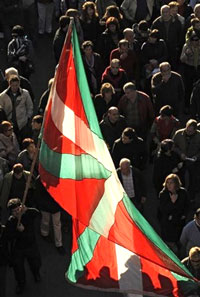 MEMBERS of the Basque pro-independence youth organisation, Segi, visited Belfast from 13 to 15 November for the Ógra Shinn Féin National Congress.
One of the Segi representatives spoke to An Phoblacht about the criminalisation of the pro-independence movement by the Spanish Government, the recent Batasuna call for a democratic resolution to the Basque conflict, and the need to build solidarity between the Basque and Irish movements for independence.
Segi has been banned by the Spanish Government so the interviewee has to remain anonymous.