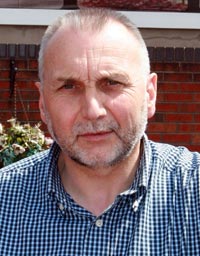 NATIONALISTS will not accept the abolition of the Parades Commission demanded by the DUP as a new bargaining chip in return for the devolution of policing and justice to the Stormont Assembly, Sinn Féin’s Seán Murray has said.
Murray, a spokesperson for the Springfield Residents’ Action Group (SRAG) and who sat on the Strategic Review of Parading said:
“Nationalists will not be bullied into accepting the abolition of the Parades Commission as a political demand.”
Murray was reacting to a speech made by DUP leader Peter Robinson in the British parliament last week (Tuesday 27 October) in which he demanded the abolition of the Parades Commission as a precondition to the transfer of policing and justice to the North.
In a speech that highlighted the DUP’s foot-dragging over the policing issue, Robinson demanded that the Parades Commission be scrapped.
The DUP leader claimed:
“If the issue was left until afterwards it would plant a seed at the heart of government which would be corrosive and divisive.”
Responding to the Robinson speech, Sinn Féin President Gerry Adams said:
“Any attempt to put the resolution of that issue in front of and as a precondition for the transfer of policing and justice powers is totally and absolutely unacceptable.”

MISREPRESENTED
As the row rumbled on it became clear that the DUP, aided and abetted by the SDLP, were intent on misrepresenting Sinn Féin’s position in regards to the Parades Commission and in particular the view of Seán Murray on the Strategic Review of Parading.
Both the DUP and the SDLP have claimed that Murray had agreed to the abolition of the Parades Commission. But the Belfast republican dismissed the claims.
Paddy Ashdown, former leader of Britain’s Liberal Democrats, has been conducting a review of the parades issue and has proposed a mediation system for resolving disputes over controversial marches through dialogue.
“I have consistently said for the last 18 months that I won’t sign off on the Ashdown proposals until three key elements have been engaged by all parties.
“Those issues are the full transfer of policing and justice powers, draft legislation regarding a parades ‘code of conduct’ being true to the substance and spirit of the Ashdown recommendations and the right for people to live free from sectarian harassment incorporated in a bill of rights.
“Until those issues are resolved, I won’t be agreeing to anything,” Murray said.
Murray also pointed out that he outlined these “key elements” in an interview with An Phoblacht in May 2008.
In that interview Murray made it clear:
“The report published last month [April 2008] by the review body is an interim report designed to encourage further debate. It is not written in stone. No one has signed up to the proposals. It’s simply a work in progress.”

SMOKESCREEN
Murray went on to accuse the DUP of using the Parades Commission as a “smokescreen” to block the transfer of policing powers.
“I don’t think the DUP want the transfer of policing and are simply caving in to pressure from the Orange Order. The DUP just want the scalp of the Parades Commission for their own selfish political ends.
“If the DUP are serious about resolving the parades issue they should use their influence with the Orange Order and persuade them to sit down and talk with nationalist residents.”
Murray asked if the DUP had in fact read the interim report of the review group.
“If they have, they will know that they have to agree to a bill of rights, a parades code of conduct and the transfer of policing and justice before anything remotely happens to the Parades Commission.
“If they say that what is contained in the report is enough to do away with the Parades Commission then they will have to agree to everything else.
“The report will only work in practical terms if the political situation is conducive and all elements are engaged.”

TALK NOT WALK: The DUP should use their influence with the Orange Order to resolve the parades issue