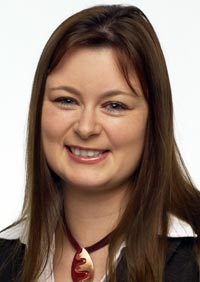 This Friday, thousands of people are gathering across the state to oppose the savage Budget due this December that threatens public services, the vulnerable and our quality of life.
For the past 18 months, the Fianna Fáil and Green Party Government has been running two economies: one for the wealthy and one for everyone else.
The first entails huge borrowing and a cash stimulus for banks; the second comes with talk of deficits, tightening our belts and sharing the pain for a mess we didn’t make.
This ‘real’ economy (not the Monopoly one involving banks and ‘Get out of jail free’ cards for developers) will be dealt with in the Budget. The Government wants to reduce the deficit by over €4 billion. Almost all of it will come from slashing child benefit, social welfare payments, investment in schools, hospitals and public transport, and teaching and nursing jobs.
The Budget will create no jobs. There will be no stimulus package even though almost every other country in the world is employing one. At the same time as the Government is taking away our rights, it will be spending our tax on a €54 billion golden handshake for banks, developers and land speculators.
There is another way.
Next week, Sinn Féin will launch its pre-Budget submission. It’s not designed to protect the wealthy or save banks. Its purpose is to show how this economy can be saved through a stimulus package and how there is still a lot of money being left alone by the Government for deliberate policy reasons.
We show how around €7.5 billion can be added to the economy this year, €5.5 billion of which comes from making the wealthy pay their fair share; €2 billion comes from the National Pension Reserve Fund (the same fund that the Government used to inject €4 billion into Anglo Irish Bank) and we use it for a jobs stimulus package.
None of our proposals involves cuts to essential services, though we do tackle some of the waste in public spending, such as the subsidies to private healthcare and the exorbitant wages paid to elected representatives and senior civil servants.
We debunk the myth being propagated by the Government about our borrowing levels. No country wants to be in debt but most accept that trying to reduce a deficit in a recession is madness. Even in 2012, when our borrowing is expected to peak, we will still be below European average figures.
The Government and its puppet economists like Colm McCarthy are telling us we can’t borrow any more because they want to cut public spending. They believe social welfare payments (€204 a week) and nurses’ wages are too high. When they can find a logic for indebting the country, however, in this case €54 billion for banks, they will borrow.
We also put paid to the ‘slash social welfare’ mentality.
Our social welfare payments are not too high. They are barely adequate, as anyone who has just lost their job will tell you.
Consigning people to poverty because you don’t have the courage or the inclination to take on vested interests is not the answer.
Cutting social welfare rates in a state so reliant on VAT receipts is utter madness, as people on social welfare tend to put their money back into the economy. Sinn Féin has a novel way to cut the social welfare bill: Create jobs.
Our economy can be saved. There is a way to do this, a different way to what the Government will unveil in December.
Our way asks those who can afford it to pay more, stimulates the economy with job-creation, and introduces a cost-of-living package for people struggling to make ends meet. The Government’s way will push us further into recession as they fill the lifeboats with their friends and our cash.