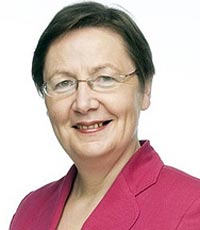 With less than 40 days to go until the crucial United Nations climate summit in Copenhagen in December, political divisions between the global North and South over a new emissions reduction deal are hardening. The Copenhagen climate conference aims to formulate a global climate treaty to reduce carbon emissions to replace the Kyoto Protocol. Kyoto, which was signed in 1997 and came into effect in 2005, commits signatories to an overall reduction target of five per cent on baseline 1990 levels by 2012, when the agreement expires.

What is required?
Environmental scientists agree that we must limit warming to no more than 2C on pre-industrial levels in order to avoid catastrophic climate change. The planet has warmed by 0.8C in the past two centuries – and, while this may seem like a miniscule change, it is already upsetting the delicate balance of the Earth’s ecosystems and causing major changes in weather patterns.
If the planet warms above 2C on pre-industrial levels, scientists fear that “runaway” climate change could be triggered – if certain “tipping points” are crossed, the climate is likely to change very rapidly.
In order to limit warming to no more than 2C, the UN’s Intergovernmental Panel on Climate Change (IPCC) declared in 2007 that global carbon emissions must be cut by 25-40 per cent by 2020 and by 60-80 per cent on 1990 levels by 2050. However, the IPCC report, written two years ago and based on research that was completed four years ago, has now been superseded by further research by the world’s leading climate scientists that suggests that even an 80 per cent by 2050 may not be enough, with climate change occurring at a much more rapid pace than previously believed.
The latest research also shows that the later emission cuts are made, the less impact they will have on reducing the overall level of greenhouse gases in the atmosphere. Scientists and environmental agencies are now calling for an immediate annual global cut in emissions of at least 3 per cent.

North-South confrontation
The Copenhagen climate summit is a historic opportunity to strike an agreement that is truly global, that bases emissions targets on science instead of politicking, and that is legally binding and enforceable.
But at the recent UN climate discussions in Bangkok, which lasted for two weeks and finished on 9 October, industrialised states including the US, EU, Japan and Australia said they intend to abandon the legally binding emission cuts required of them under the Kyoto protocol. Commentators have said this indicated a step back from progress that had previously been made towards a global agreement and “raised the prospect of utter failure” at Copenhagen.
As the negotiations drew to a close, the International Institute for Environment and Development said the talks “largely failed to deliver any substantive progress on targets for reducing greenhouse gas emissions, or the transfer of technology and finance from rich to poorer nations for adaptation and mitigation, leading to serious questions about the political commitment of the industrialised nations”.
The rich countries pushed for a non-binding agreement and an international climate set-up that would allow them to “offset” domestic emissions by buying carbon credits from overseas – which could actually allow their emissions to rise.
In July, environmental author and Guardian columnist George Monbiot criticised the industrialised countries’ reliance on “carbon offsetting” schemes. He pointed out that if the 40 richest countries pursued the same goals as those outlined by the British government – to achieve an 80 per cent reduction in emissions by 2050, but half of which would be achieved through offsetting – that would require the underdeveloped nations to cut their emissions by 125 per cent!
“I hope you have spotted the flaw,” Monbiot wrote wryly.
In early October, the Association of Small Island States said that current pledges from the rich countries amount to overall emissions cuts of just 11-18 per cent by 2020.
Representatives from poor nations denounced the wealthy states for “sabotaging” the negotiations and the Kyoto framework at Bangkok.
A spokesperson for the G77, a group of 130 underdeveloped nations, said: “The intention of the developed countries is clearly to kill the Kyoto Protocol. Feelings are running high in the G77. It is clear now that the rich countries want a deal outside the Kyoto agreement. It would be based on a total rejection of their historical responsibilities.”

Climate justice
The poor are already paying the price for pollution by the industrialised states. In May Kofi Annan’s Global Humanitarian Forum warned that climate change is already causing 300,000 deaths a year in the global South and is “seriously affecting” 325 million people. Almost two-thirds of the world’s population is now vulnerable to climate change, while 500 million are at “extreme risk”.
Food and water security is increasingly threatened. “Hunger will be one of the major impacts of climate change”, Oxfam said in a July report. “It may be the defining human tragedy of this century.”
The industrialised nations are using the recession to renege on their pledges under Kyoto of aid to the global South to support these countries’ adaptation to the deadly effects of climate change and limit their emissions as their economies grow. This is a crucial issue that must be resolved in order to reach an effective global agreement at Copenhagen.
Speaking in the European Parliament on 20 October, Sinn Féin MEP and member of the EU’s Climate Change Committee Bairbre de Brún, said: “The developing world has done the least to cause climate change but is set to pay the most. The EU and the developed world must support developing countries with technical and financial aid on top of and distinct from Overseas Development Aid.
“The developing countries must also play a full role in any financial mechanisms established. Technical and financial solidarity is required. The extent of this solidarity should be an important factor in judging any deal at Copenhagen.”
The underdeveloped countries will be supported at the Copenhagen summit by tens of thousands of climate activists who plan to converge on the city to demand climate justice.
An Phoblacht
44 Parnell Sq.
Dublin 1
Ireland