Unionist leaders urged to stand up to sectarianism 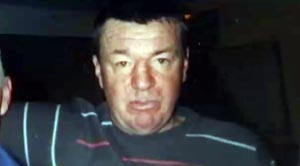 TARGET: Damien Fleming was beaten so severely by a loyalist mob of around 40, that he was not expected to survive

DAMIEN FLEMING, the Coleraine man beaten unconscious by the loyalist mob who killed community worker Kevin McDaid in May, has been targeted by loyalists again.
Damien was walking home last Wednesday night (2 September) when he was attacked by two loyalists, who arrived by car, at the same spot where his friend died and he was seriously injured.
The two men got out of the car and confronted Damien, kicking and punching him before making their escape. Damien, badly shaken by his ordeal, was left with cuts and bruises to his head and face.
The attack echoed an incident three months earlier during which Damien was beaten so severely by a loyalist mob of around 40, who also arrived in cars, that he was not expected to survive.
Kevin McDaid was murdered after he attempted to intervene to stop a loyalist mob beating Damien to death. Kevin died at the scene and Damien was left for dead during a loyalist incursion into the nationalist Heights estate.
Damien spent days in intensive care in a coma and has only been recently discharged from hospital after recovering from multiple head injuries. The father of four had expressed fears that he would be targeted by loyalists when he returned home.
To date, 11 suspects have been charged in relation to the murder of Kevin McDaid. Following a series of arrests, there has been a campaign of intimidation by loyalists targeting key witnesses to the killing.
Death threats have been made against more than 20 people, including Damien’s family. Threats have also been made against the McDaid family.

SECTARIAN CANCER
Commenting on the attack, local Sinn Féin Councillor Billy Leonard described it as “appalling”.
“I have spoken to his family and Damien has been left both shaken and very upset. Fortunately, his injuries are not as severe as they were in the previous attack on him.
“For this to happen at all is totally unacceptable but to happen to a man who was left in a coma following an earlier sectarian assault and for him to be deliberately targeted is beyond belief.
“While the word sectarianism may get used a lot, its seriousness is not necessarily brought home to people until something tragic happens. Sectarianism is the cancer that led to the murders of Kevin McDaid, Robert Hamill, and Thomas Devlin.”
“It needs to be tackled wherever it raises its head. This means at all levels and at all forums. It means challenging it within council, on the streets, on the internet, in the newspapers and anywhere else.”

ONUS ON UNIONISM
The Sinn Féin councillor said it also means that attitudes and public statements that some groups will not sit down and talk with others are outdated, dangerous and can clearly feed sectarian attitudes.
“There is an onus on us all, but in particular the leadership within unionism, to challenge sectarianism head-on. The evidence highlights that the vast majority of these attacks are emanating from within the unionist community.”
“Strident efforts to tackle the sectarianism within Coleraine need to be made before we have another victim and another tragedy on our hands. Sinn Féin is up and ready for this task and I am appealing to unionist leaders to sit down with myself and other representatives in the coming weeks to devise a comprehensive and effective strategy to challenge the scourge of sectarianism.”