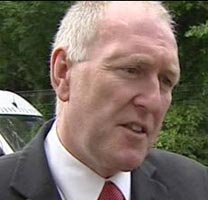 MORE evidence of cover-up regarding the bombing of McGurk’s Bar in Belfast in 1971 surfaced this month with the discovery of a British Army briefing document.
The internal British Army memo was submitted on the day of the bombing, 4 December 1971, as part of the daily briefings to the then British Army General Officer Commanding, Harry Tuzo.
The memo includes information provided by members of the British Army’s technical officers who were at the scene. Significantly, the document states that the bomb was “outside the pub”.
Where the bomb had been placed became a key factor in a subsequent campaign of misinformation involving the British military, Stormont ministers and the British Government.
Within hours of the bombing it was falsely claimed by the British Army that the 15 people who died in the bombing were killed as a result of an “IRA own goal”, the result of a premature explosion during a bomb-making exercise within the premises. It was a lie.
At the behest of the British military, the British Cabinet, House of Commons and Stormont ministers all played a part in perpetuating that lie, reiterating completely false claims and citing spurious “forensic evidence” to back their story.
In fact, the bombing had been carried out by members of the UVF and the bomb had been placed in a hallway, outside the main inner doors. Ambiguity around whether the location of the bomb constituted “inside” or “outside” was used by the British Army to imply the explosion took place within the core of the building, a suggestion that enhanced their portrayal of an “IRA own goal”.
A recent ‘investigation’ by the PSNIs Historical Enquiries Team suggested that this “ambiguity” lay at the heart of any subsequent confusion about who carried out the bombing. For the HET it wasn’t a deliberate campaign of misinformation embarked upon by the British military and endorsed by the British state. It was simply “ill-informed speculation” resulting from a “lack of communication” by the authorities.
But this evaluation doesn’t stack up with the evidence.
Firstly, as this latest document confirms, the British Army, far from being “ill-informed” were from the beginning very well informed.
Secondly, in the immediate aftermath, public speculation correctly identified the bombing as emanating from the UVF.
Thirdly, “misinformation” did not occur as a result of “lack of communication” by the authorities but because of active briefing by the British Army, which also sought and secured official political backing.
In light of these considerations, the HET’s position itself smacks of further propaganda.
On the back of the HET report, the then British Secretary of State, Paul Goggins, said sorry to the families of the McGurk’s bombing victims. But Goggins’s acknowledgment restricted the British Government’s regret to “such perceptions and preconceived ideas” that had been “allowed to cloud the actual evidence”.
Goggins’s view is a far cry from a deliberate campaign of misinformation initiated by the British Army and endorsed by their political masters. Pre-judicial preconceptions are a long way from cover-up and even further from cover-up as a part of collusion.
It is similar to the non-apology issued to the family of Aidan McAnespie last week, in which the current British Secretary of State Shaun Woodward expressed “regret” while maintaining the British Army lie that the victim died as a result of an accident rather than being murdered by a British soldier.
Increasingly, the role of HET appears to be to frame information already out in the public arena in such a way that allows the British state to issue words of “regret” and “sorrow” without conceding any ground that might be used to hold them to account. In short, a form of damage limitation.
But the unfinished business of the McGurk’s pub bombing is not just about cover-up: it’s also about collusion.
In 2007, two articles appeared in the media, both quoting a former UVF member using the pseudonym ‘John Black’. In each of the articles, ‘Black’ claims the bombing at McGurk’s bar was organised by his handlers in the British Army’s notorious undercover Military Reconnaissance Force.
The MRF was a covert unit of British Military Intelligence and a forerunner of the Force Research Unit. The MRF is believed to have been set up in the summer of 1971, using operational techniques based on British counter-insurgency expert Brigadier Frank Kitson’s strategy of recruiting ‘counter gangs’ to combat resistance movements.
Exposure of the MRF as a covert assassination squad eventually led to its ‘disbandment’ and re-emergence as the Force Research Unit. The FRU reorganised, rearmed and redirected loyalist death squads and remains a key element in the collusion controversy.
A few months after the McGurk’s bombing, an undercover unit of the MRF attacked a group of unarmed Catholic civilians operating a checkpoint in west Belfast: 44-year-old Patrick McVeigh was killed and four others were injured. The unit used a Thompson submachine-gun in the attack, a weapon usually associated with the IRA at the time.
A month later, the MRF mounted a similar attack against Catholic civilians, injuring four more people. The covert unit was exposed by the IRA in October 1972. No one has ever been charged with the murder of Patrick McVeigh.
In reference to the McGurk’s bombing, ‘John Black’ describes the motivation of the covert British Army unit as being “to discredit republican terrorists amongst the Catholic community by making the attack look like an IRA bomb”.
Clearly, the MRF not only acted as a covert assassination squad but was also quite prepared to target Catholic civilians in its determination to discredit the IRA.
Speaking to the media after the discovery of the British Army memo of the day of the bombing, a relative of one of the victims, Ciarán MacAirt, called on the British Government to admit that the deliberate cover-up took place to divert attention away from the murder gang.
“I believe the cover-up and black propaganda was part and parcel of the collusion involved in the murders of 15 people including my grandmother, Kitty Irvine.”

KILLING: Funeral of one of the victims passes the bombed McGurk’s Bar, Belfast