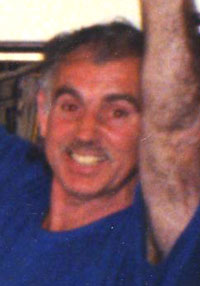 A GREAT and committed Irish republican and an honourable, cheerful gentleman, Jim Irvine, has passed away in Australia and left us very much the poorer.
A native of Belfast with a brother and sister still living there, Jimmy migrated to Adelaide where he and Rita, his supportive wife, had five children and nine grandchildren.
I first met Jim when I decided to join one of the two H-Block committees supporting the Hunger Strikers. I was impressed then by his fair-mindedness and his commitment to the cause. He rarely, if at all, missed a protest action outside the British Airways office in central Adelaide or in Rundle Mall (Adelaide did not rank British consular status).
His strong republican views often, he told me, led to heated discussions, in his workplace at the Port Stanvac Oil Refinery) with fellow Ulsterites who were from the unionist side of the political divide. Jim was also a very active and loyal member of the Metalworkers’ Union. His coffin was draped with the Irish Tricolour, Jim’s trade union standard and the Eureka flag, which is generally regarded as the flag of Australian republicanism.
He had, while still living in Belfast, experienced bias when he put in for a job at his trade only to find the job given to a unionist who had fewer qualifications than he. Nonetheless, this never made Jim bitter. He just wanted fair play for all and this was evident in his action when he sat outside the South Australian Parliament to protest against the failure of the Government to provide adequately for his grandchild living with a disability. His protest was successful. Jim, you led by example. Farewell.
– Richie Walsh, Adelaide, South Australia