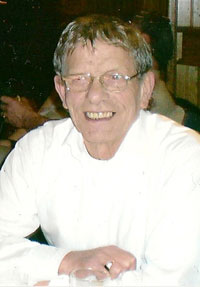 AT the graveside oration to Derry republican Jim Kyle, Sinn Féin Cllr Tony Hassan said that Jim was a great inspiration to young republicans in Derry City and in particular to the people of Shantallow. Jim, who died this week at the age of 74, would always be remembered for the hard work and dedication that he gave to the republican cause.
The numbers of people at Jim’s funeral was a tribute to a man who led from the front and nurtured many of today’s republicans. Jim was very much seen as an ‘old hand’ back in the early 1970s and he was the man that the people of Shantallow went to for advice and guidance.
Jim organised Sinn Féin and was a founding member of the Keenan /McGillen Sinn Féin Cumann in the Shantallow area. Jim also played a vital role in the formation and organising of the 3rd Battalion, Óglaigh na hÉireann.
Like many other republicans in the early 1970s, Jim was at the forefront of protests and opposition to British rule in Ireland.

INTERNMENT
During the dark days of internment, Jim was a vocal and fervent opponent of interment. He led from the front in organising protests and ensured that those on the run had a bed for the night. Jim never shied away from his responsibilities and ensured that the republican struggle continued at a time when many might have faltered.
In 1974, Jim took his fight from the street to the Cages of Long Kesh when he was arrested by the crown forces and interned himself. Indeed, Jim played a vital role when republicans decided that enough was enough and that protest lead to the burning of Long Kesh Concentration Camp in 1974.
It was ironic that Jim died the same week that thousands of Derry republicans gathered in the City Cemetery to remember their fallen comrades. Jim could often be seen at the graves of soldiers of Óglaigh na hÉireann, tending them and ensuring they had the respect they deserved. Jim never forgot his fallen comrades. In fact, he believed that they should be used as the catalyst to spur republicans in the pursuit of Irish unity.
Jim’s death was a sad occasion for all who knew him, his family and friends and former comrades. Everyone who knew him will sorely miss him and we will never forget the role he played in our struggle. He was in life an inspiration to those around him and in death people will look back on a man who was an example to us all.