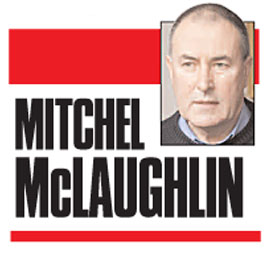 The option of last resort

THE announcement at the weekend that the UVF and RHC had put their arsenals beyond use and that the UDA had begun a process of disarmament is to be welcomed. Whatever degree of scepticism that some may wish to attach to the statements, Catholics, particularly in places like North Belfast and Mid-Ulster, will sleep more easily knowing that access to weapons by unionist paramilitaries has been diminished.
Once more, the events of the weekend bring into focus the question of the continued use of armed actions by micro groups. In the absence of any credible explanation of the rationale behind their activities, some journalists have offered their own theories.  These include that the claim by these groups to the mantle of physical force republicanism is the only justification needed for their actions. This may suit the agenda of those journalists who have made very lucrative careers out of reporting conflict but in fact it bears no resemblance to the reality of republican ideals.
The use of armed struggle by republicans has always been an option of last resort. It was only when republicans were denied access to a democratic and peaceful political process of changing an unjust and immoral status quo that they resorted to armed struggle. There are other essentials also, including the existence of a credible degree of popular support. Without support within the community from which you operate, armed struggle, or for that matter unarmed struggle is unsustainable.
Rather than play into the counter revolutionary agenda of those opposed to national self-determination in Ireland, these groupings have a responsibility to explain to the people why they feel the Sinn Féin strategy will not succeed and why they believe that their tactics will.
It is obvious that these groups do not represent the republican and nationalist community from which they come because they cannot satisfy any of these criteria.
Republicans, after many years of struggle have created the basis for peaceful and democratic means to pursue our goal of national self-determination.
As has been articulated on a number of occasions by leading Sinn Féin spokespersons, we have no problem with people or organisations disagreeing with our strategic or political analysis. But it is not sufficient to oppose the Sinn Féin strategy just for opposition’s sake.
It is incumbent on these organisations that support armed conflict to publicly articulate their objectives and to put forward a coherent strategy to achieve those objectives to the people. There is an onus on such groups to exhaust all other avenues before contemplating resort to arms.
If they wish to be regarded as genuinely pursuing republican ideals in an honourable fashion then republicans, irrespective of which faction they support, need to seriously examine whether or not there is any possibility of advancing the project that they claim to espouse by other than their present activities.
The challenge for so-called republican dissident groups is not to try to prove the IRA or the Sinn Féin leadership to be wrong.  Their challenge and I accept that this is a huge test, is to examine in an honourable fashion, whether the opportunity exists through peaceful struggle to achieve the democratic outcomes we all seek.