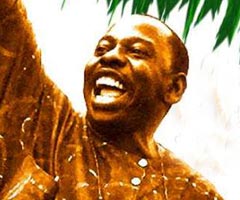 ON MONDAY of this week, Royal Dutch Shell agreed to pay $15.5m to settle a lawsuit which accused the oil multinational of complicity in rights abuses in Nigeria.
The case, due for trial next week in the United States, was brought by relatives of a group of nine anti-Shell activists executed in 1995 by Nigeria’s military rulers. Those hanged by the Nigerian Government included the writer and activist, Ken Saro-Wiwa, president of the opposition non-violent Movement for the Survival of the Ogoni People.
The lawsuit alleged that Shell officials helped to supply Nigerian police with weapons during the 1990s, took part in security sweeps in parts of Ogoniland and hired government troops who shot at villagers who protested against a Shell pipeline.
The papers also alleged that Shell helped the Government capture and hang Ken Saro-Wiwa and several other campaigners.
Lawyers for the families said that although they were prepared to take the case to trial, the legal process, which has already taken almost 14 years, would have tied up proceedings for many more years to come.

DRAGGED
The case was first filed in the US in 1996 under a 200-year-old statute allowing people to bring rights abuse cases in US courts even when the alleged crimes took place outside the US.
The settlement includes establishment of a $5m trust to benefit local communities in the Ogoni region.
Ken Saro-Wiwa’s son, Ken Saro-Wiwa Jnr (40), said his father would have been happy with the result.
Elizabeth Bast, International Programme Director for Friends of the Earth US, said:
“Shell will be dragged from the boardroom to the courthouse, time and again, until the company addresses the injustices at the root of the Niger Delta crisis and puts an end to its environmental devastation.”
Despite the significant settlement by the oil giant, Shell insists that it did nothing wrong. It claims the payment is part of “a process of reconciliation”.
An Phoblacht
44 Parnell Sq.
Dublin 1
Ireland