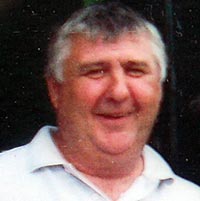 Sinn Féin Policing Board member Alex Maskey has said that his party will be using this week’s meeting of the Policing Board to robustly call to account the PSNI behaviour in the lead up to and in the aftermath of the murder of Kevin McDaid in Coleraine.
Mr Maskey said:
“There is widespread unease within the nationalist community concerning the events in Coleraine which led to the brutal murder of Kevin McDaid and the attempted murder of another local man.
“This is not the first instance of nationalists living in predominantly unionist areas being subjected to brutal sectarian violence and Mr McDaids murder is not the first in these circumstances in recent years. What has exacerbated this situation in the minds of the broad nationalist community has been allegations made surrounding the behaviour of the PSNI in the lead up to the loyalist attack and in particular alleged contacts between the PSNI and representatives of the loyalist mob responsible.
“Notwithstanding that this matter is now in the hands of the Ombudsman, in the interests of community confidence, it is up to the PSNI leadership to provide answers to the questions being posed both by the McDaid family, the local community and political leaders.
“At this weeks public meeting of the Policing Board we have tabled a number of  these questions for PSNI to answer relating to the events leading to Mr McDaid’s murder. It is vital that the Chief Constable now steps up to the mark and very clearly spells out to the public the precise conduct of the PSNI on the day of the murder of Kevin McDaid.”