Can the real DUP please stand up? 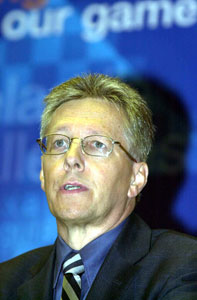 ON the evening of 24 May, as several hundred republicans from across County Derry and County Antrim, left the unveiling of a new monument to Kevin Lynch in the foothills of the Sperrins, a UDA-inspired mob invaded a small Catholic estate in Coleraine, 30 miles away. Local republicans returned to the town that night to discover one of their neighbours dead, another seriously injured, and others badly beaten.
Martin McGuinness later said all that was missing in Coleraine were the white cloaks and hoods of the Ku Klux Klan. He was absolutely right. Coleraine is the Alabama of County Derry.
There is a direct correlation between this behaviour and that of elected DUP officials in Stormont who refuse to exchange even basic courtesies with Sinn Féin personnel; a direct correlation with the deliberately offensive public utterances by DUP MLAs in respect of aspects of Irish national and cultural identity. Gerry Adams consistently made this point to David Trimble some years ago. Today the DUP are in Trimble’s shoes.
Eleven years after the Good Friday Agreement established immutable guarantees on equality and human rights, there are still small Catholic communities in the North which remain targets of deep-seated sectarianism. Despite the massive political transformations created by the Peace Process, the wearing of a fáinne, a pioneer pin, or a GAA top continues to provoke at best a second look, if not worse, in places like Ballymena, Antrim, Banbridge or Larne. Like Coleraine, these places and others are areas in which the DUP maintains political ascendancy.
In the immediate aftermath of the Coleraine attack and Kevin McDaid’s death, local DUP politicians sought to rationalise the actions of the unionist gang responsible. The following morning, as a radio interview ended, the DUP MP for East Derry, Gregory Campbell, said he did not consider Martin McGuinness to be a partner in the Executive.
Since then, senior local DUP figures have consistently failed to provide the type of political leadership required in Coleraine at this time. Their views underwrite the political context within which the Coleraine attack occurred and give political cover to the wider sectarianism which remains endemic in the North.

THE OLD ORANGE STATE ETHOS
This is not an issue of moral ambivalence. It reflects a political worldview which permanently relegates Catholics and nationalists to the status of second-class citizens – the old Orange state ethos of not having a Catholic about the place. And it’s intermeshed with a universal supremacist ethos which pushed blacks to the back of the bus in Mississippi and, across the globe, simultaneously forced them into townships in Soweto.
The double standards and equivocation expressed by the East Derry DUP leadership last week demonstrate that it is part of the problem in Coleraine.
The significance of this is not lost on nationalist or wider opinion. But questions are being asked as to how this squares with the DUP’s role in the political process and participation in the Executive? And is the DUP a divided house or not?
Some in the DUP leadership appear committed to following the lead set by Ian Paisley towards building partnership government in the North. And they understand fully the path they will be required to tread. Others are prepared to go with the flow. And then there are those who will continue, in a conscious and calculated way, to obstruct progress, to defend the status quo and to look backwards to a time when unionism ruled the roost.
Such contradictions probably give rise to an internal management process based on the logic of taking the path of least resistance, resulting in a tolerance for political behaviour which is the antithesis of democracy, equality and peace.
Conveniently, it also has the strategic effect of minimising political change, as evidenced with continued delay on the transfer of policing and justice powers, or attempting to block the all-Ireland agenda.

FAILURE OF LEADERSHIP OR LEADERSHIP STRATEGY?
This reality is brought into sharper focus by the approach that the DUP brings to negotiations and decision-making within the Executive. Their record of frustrating Executive meetings and business and the failure to resolve core political issues can no longer be presented as no more than a manifestation of the inevitable internal difficulties of a party coming to terms with the sharing of power with political opponents.
It represents either the failure of leadership within the party or a conscious leadership strategy to bring the institutions into gridlock and neutralise the prospect of progressive change. Either way, it has the same effect. Either way, it is unacceptable. The status quo is not an option.
Of course, all of this takes place against the backdrop of the European election and the challenge to the DUP from Jim Allister. By the start of next week, the election results will be known and a new political context will exist. But whatever the outcome, the DUP will still have to return to the same fundamental question: whether they are committed to equality and partnership in government with Sinn Féin or not?
In time, sections of the DUP leadership will have to choose decisively for partnership and the future or to remain hostage to the electoral fortunes of Jim Allister’s party and those within their own party who are unreconstructed bigots and anti-Peace Process.
And it also means those in the DUP leadership who already know well the absolute commitment of Sinn Féin to partnership will have to realise that this Sinn Féin leadership’s patience should not be abused or taken for granted indefinitely.
That’s the real challenge of political leadership which now faces DUP leader Peter Robinson. He must now declare his hand. He must show courage. He must, like his predecessor, demonstrate a willingness to take risks for progress. And this must manifest itself in political action.
This Sinn Féin leadership made its choices many years ago and has taken all the necessary risks for peace. Our vision is clear and the strategy is set.

EQUALITY AND PARTNERSHIP ARE NON-NEGOTIABLE
Whatever scenarios now unfold, Sinn Féin and the republican base need to be focused on building political and electoral strength, campaigning for change, confronting sectarianism, organising the party, and achieving Irish unity and independence. And we need the flexibility to ensure our political project remains on course, irrespective of the opposition.
Make no mistake about this. One key political reality needs to be understood: the big negotiations are over. What’s already been negotiated cannot be renegotiated, and equality and political partnership in government are non-negotiable!
At this stage in the Peace Process, the DUP and the British and Dublin government officials need to urgently address the real imperatives. These are:–
How to consolidate and build confidence in the Northern and all-Ireland political institutions;
Guaranteeing proper partnership and coherence in the operation of the Executive; and ensuring that the Executive and Assembly deliver equality and change for all communities across the North, particularly those nationalist and unionist areas which suffered most during the conflict.
The alternative is sustained deadlock and stasis in the institutions, political drift and uncertainty. But what is certain is this: republican politics will continue to flourish regardless, and that’s a prospect which every republican across the 32 Counties can do something about.