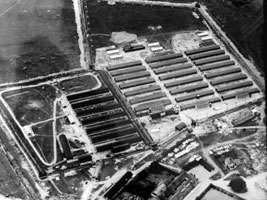 BY March 1959, internment without trial under the Offences Against the State Act had been in operation in the 26 Counties for a year and eight months. Republicans were held in huts in a closely-guarded compound on the military lands at the Curragh in County Kildare, a site which had also been used for internment during the Second World War.
The Fianna Fáil government of Eamon De Valera imposed internment in July 1957 in response to the IRA’s renewed Resistance Campaign. The unionist government at Stormont had already imposed internment three days before Christmas 1956. For Fianna Fáil it was more politically difficult and they faced persistent protests at the imposition, including from some of their own members, with local authorities passing resolutions for the release of political prisoners.
Sinn Féin campaigned vigorously against internment and raised the issue across Ireland and in the United States and Britain. In the Curragh itself, the republican prisoners organised themselves and there were several escape attempts. In September 1958, Ruairí Ó Brádaigh and Daithí Ó Conaill escaped, having concealed themselves under a camouflage grass blanket during a football match.


GERRY LAWLESS
On 2 December 1958, there was a mass escape attempt when 26 prisoners rushed the fence with wire-cutters in broad daylight. Shots were fired and ammonia grenades hurled by the guards but 16 men got outside the perimeter. Two were recaptured and the remaining 14 made good their escape.
In the spring of 1959, a number of factors led the Fianna Fáil government to reconsider the continuing use of internment. Gerry Lawless, a political prisoner who was not in the IRA, had taken a case to the European Commission on Human Rights in Strasbourg and the verdict was awaited. (It was not delivered until 1961 and ruled that the Commission need not accept the Government’s undertaking that a state of emergency existed.) Political pressure against internment continued, the IRA campaign was running out of steam, and the Fianna Fáil government knew it could use military courts to secure convictions.
Accordingly, the releases from the Curragh began. On 6 March, 14 men were released, including such later well-known figures as Séamus Costello and Seán Garland. That day, British Prime Minister Harold Macmillan addressed the annual lunch of the Unionist Council in Belfast and was cheered when he revealed that he had instructed the British Ambassador in Dublin to express disquiet at the releases from the Curragh.

JB O’HAGAN
There were ten more releases on 9 March and on 11 March the last 12 internees were released. Among them were JB O’Hagan of Lurgan, who in 1973 was one of the IRA prisoners who escaped from Mountjoy Prison by helicopter, Kildare republican Frank Driver, and IRA GHQ Staff member Seán Cronin.
The republican newspaper An tÉireannach Aontaithe (The United Irishman) pointed out in its April 1959 issue that the campaign for release of political prisoners would go on as there were still 165 internees and 75 sentenced republicans in Belfast’s Crumlin Road Prison, two serving life sentences in England and one sentenced prisoner in Portlaoise.
The last internees were released from the Curragh Camp on 11 March 1959, 50 years ago this week.