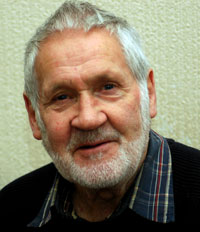 ‘The Man is here’

MICK ‘AVIC’ O’LEARY is Leinster honouree for this year’s Le Chéile celebration, an annual event, celebrating republicans who have made a unique contribution to the republican struggle. Mick talks to ELLA O’DWYER about his participation in the struggle and his pride and joy at being nominated for the honour.