Prospects and challenges for republicans 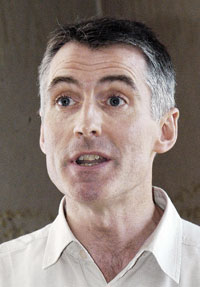 THIS new year got off to a high octane start, but for all the wrong reasons. The economic and political horizons of 2009 have been shaped by the global and domestic financial and economic factors which by last December had driven the Irish economy into recession.
Currently new weekly developments expose the systemic nature of the crisis imploding within the 26-County economy and the inbuilt gombeen practices underpinning Irish capital.
It is now impossible to predict what will happen next. However, there was prescience in the analysis commended to the party at Sinn Féin’s Regaining Political Momentum conference in November 2007.
It noted: “The indications point to an economic downturn in the mid-term...”
We said:
“Sinn Féin’s political position has to become synonymous with what should be articulated as a new commonsense in Southern society which is distinctly republican and clearly promotes prosperity but implacably opposes poverty and inequality. We need to be as relevant in times of economic boom as we should be in periods of economic bust.”
Then, Sinn Féin adopted Regaining Political Momentum as a thematic political, organisational, policy, and parliamentary project. The strategy exhorted us to unlearn old assumptions and habits and to adopt new methods of planning and organisation to properly compete in the political arena of the South – to say nothing of the challenges of new politics in the North.
Looking back on 2008, the party’s efforts in the South, particularly, can best be summed up by the sean fhocal “Tús maith leath na hoibre.”
Much hard work was undertaken by the Organisational Development Unit, from within Leinster House and in improving our publicity presentation and output and electoral operations.
Those new approaches to getting the party fit for purpose paid dividends in Sinn Féin’s own campaign to maximise the ‘No’ vote against the Lisbon Treaty in June.
But we have much more to do.

ALL BETS ARE OFF
Some republicans have understandably expressed concern that there appears to be no measurable publicity return for the party’s efforts in the mainstream media or opinion polls. But this is to miss the point.
The political and economic context since September has been very fluid.
Developments have fundamentally shaken many of the assumptions that previously shaped wider public opinion and popular political discourse. That is including perceptions about the coherence of the Coalition’s policy thrust, the confidence and competence of Fianna Fáil ministers, the viability of the Fianna Fáil and Green Coalition, the quality of political opposition, and the role of banks and financial institutions, to name a few.
Regardless as to the accuracy of recent opinion polls, and despite apparent ineptitude and mismanagement, Fianna Fáil is operating to a definite plan that is driven by an electoral cycle – similar to how it managed the 2002 election, absorbed hits in the 2004 elections, and used public finances prior to the 2007 general election.
So, Fianna Fáil should not be taken for granted either in respect of inevitable collateral damage from the recession or, conversely, an ability to weather the storm successfully.
What is clear is that all bets are off in the new circumstances of 2009.
This year there will be two electoral opportunities: the combined local elections and European contests South and North in June; and a new referendum on the Lisbon Treaty anticipated for October.
Republicans need to lock into these contests and work backwards to the present.
What we do between now and June, and then October, will determine the degree to which the republican project gains momentum and surges forward nationally.
Equally complex but distinct challenges confront the party, North and South, in 2009.
Three fundamental constants will demand ongoing attention as we work through this milieu:-
1.     Remaining ideologically centred;
2.     Ensuring our strategic position in society is correct;
3.    Ensuring that our core messaging is consistent with the above and where popular opinion is at.
These constants need to govern the party’s work on two levels: the ‘air war’ (media and publicity) and the ‘ground war’ (campaigning and community activism). And when we are squeezed out of the air war, as presently in the South, our ground war efforts must compensate.

BREAKING LIMITATIONS
The continuing progress towards the transfer of policing and justice powers in the Six Counties is a positive prospect. But our political opposition takes solace from the institutional and fiscal limits which the Northern political institutions place upon the republican project.
We need to move beyond these limitations and bring a distinctive brand of politics which is high impact in policy and political terms by harmonising a concentrated effort by Sinn Féin ministers to assert themselves upon priority policy decisions with co-ordinated campaigning/publicity work by MLAs, councillors and the wider party on these and other issues.
Our opponents will be content to let the new politics of the North become anaemic. So Sinn Féin needs to bring a distinct republican policy competence and leadership into the Assembly and outside. The challenge for us in the North in 2009 is to maximise ‘wins’ for ordinary citizens in the Six Counties and continue consolidating the party whilst building political strength.

BUILDING AN ALTERNATIVE
In the South, a range of existing and emerging political and social dynamics have already challenged our approach to building Sinn Féin as a serious political alternative.
Southern society is an increasingly sophisticated melting pot of opinion and expectation. Our party needs to develop an intuitive appreciation for, and understanding of, popular opinion in metropolitan Dublin and across the state.
We need to be able to competently intervene with these new economic conditions in the 26 Counties, correctly position Sinn Féin, and look beyond this crisis to where we need to be strategically in the long-term. Key to doing this is deepening our understanding of Irish society overall, particularly in the South, so that when we speak and act, we do so with relevance, commonsense and authority.
In parallel, our party-building efforts need to be accelerated and increased. It is not an option to contest the forthcoming elections with the same organisational base we relied upon in 2007. In such circumstances we will at best run hard to stand still. Dublin is a distinct priority for vastly expanding the activist structures. Currently, this is the most important work for ALL Dublin republicans.
We need to create new capacity within the party, expand the organisation, and recruit in every area. By failing to do so, we self-impose restrictions on building Sinn Féin’s political strength. We are still too small.
We need to appeal to Middle Ireland’s intrinsic sense of patriotism and popularise the imperatives of independence and a united Ireland – of unfinished business. And in doing so we can excite the idea that it is indeed time for change in the economic and social order of society.
The launch of our united Ireland strategy allows us to bring momentum to such engagement and outreach across the island and with the Irish Diaspora.
With proper co-ordination of everything we must do in the coming months, a new patriotic consensus can be forged which maximises political unity among republicans, nationalists, democrats and progressives across Ireland.
This can become a year for turning adversity into enduring opportunities for republicanism.
2009 is not a year for getting distracted by others or distracting ourselves. It is a year for all republicans to get off the sidelines and crowd the field. It is a year to massively lift our game