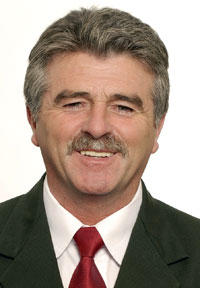 SINN FÉIN Economic Spokesperson’s Arthur Morgan TD and Mitchel McLaughlin MLA have made a joint call for the harmonisation of VAT across Ireland. Arthur Morgan said: “The Irish Government’s decision to increase VAT from 21% to 21.5% is a regressive measure likely to cost families up to €250 next year. This eats into the budgets of working families struggling to cope with the prospect of increased public service charges and other taxes such as the income levy.
“The increase will have an adverse effect on consumer spending hitting small-to-medium sized businesses hard. In recent weeks I have advocated a 2% reduction in VAT to boost the incomes of low and middle income earning families and enhance consumer spending.
“Border county businesses are facing a double hit following the government’s savage budget with the British Government’s decision to reduce the rate of VAT across a range of items to 15%.
“Sinn Féin’s longstanding demand for an all-Ireland economic framework, including the harmonisation of all taxes is now more relevant than ever. A first step towards the all-Ireland economy would be the harmonisation of VAT across the island.
“In the interim the Irish Government must examine different ways to support small retailers along the border counties in the run up to Christmas.”
Mitchel McLaughlin MLA added: “Whilst I have welcomed the reduction in VAT by the British Chancellor, I firmly believe that the economic success of this island is dependent on the development of the all-Ireland economy. It has never made sense for an island as small as Ireland to have two economies running in parallel thus in competition with each other.
“Today consumers and businesses in the Six Counties are benefiting from the British Government’s decision to reduce VAT, while those in the 26 are hit with a further increase. Tomorrow the shoe could be on the other foot if the Irish Government decided to reduce its VAT rate to levels below those decided by the British Chancellor of the Exchequer.”
He said that while we in the North must continue to seek sufficient fiscal autonomy to manage present economic realities, it is obvious that the future lies in an all Ireland economic agenda.
An Phoblacht
44 Parnell Sq.
Dublin 1
Ireland