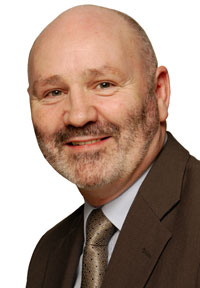 COMMENTING on the news that PSNI Chief Constable Hugh Orde has applied to become the new Metropolitan Police Commissioner Sinn Féin Policing Board member Alex Maskey has said that changes at the top management level of the PSNI bring challenges and opportunities in identifying the new team who will drive forward the necessary changes and reforms.
Maskey said:
“When Hugh Orde became Chief Constable of the PSNI he inherited a policing system in need of agreed significant change. It is said that if you inherit a problem and don’t seek to change it then inevitably you become part of that problem. Undoubtedly Hugh Orde has made significant and necessary changes in many areas and that process is ongoing.
“In other areas however, such as the withholding of information from inquests, he has failed to satisfy the demands of many for an open and transparent system. This needs to be resolved.
“It is now clear that Hugh Orde has decided that his preferred future career in policing means moving on from the leadership of the PSNI. Other changes at the top management level are also in the pipeline – and significant challenges and opportunities are now opening up for the Policing Board in identifying the new team who will drive forward the necessary changes and reforms to the next level.
“The objective in all of this, regardless of the personalities involved is the achievement of a representative democratically accountable policing service free from partisan political control and that will remain our focus in the time ahead.”