Call for end to Craigavon violence 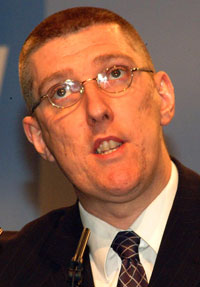 FOLLOWING a series of violent incidents in the Craigavon area Sinn Féin Assembly member for Upper Bann John O’Dowd called on Tuesday night on those responsible to stop their activities and allow the area to return to normal.
“Over the course of today there have been a number of hijackings and attacks on both PSNI and local residents in the Craigavon area. There have been unconfirmed reports of a number of shots being fired. The people behind these incidents are anti-social and anti-community”, O’Dowd said.
The Sinn Féin MLA said that if republican micro groups were involved they should publicly accept responsibility and explain how hijacking cars belonging to locals and disrupting everyday life in the community advanced the goal of Irish reunification.
“I would call on those behind today’s incidents in Craigavon to reflect on the damage caused to the local area by their actions and desist from such activity in the future”, he said.