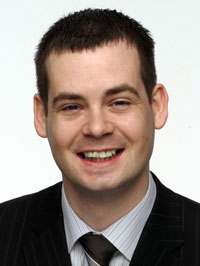 SINN FÉIN Education Spokesperson Senator Pearse Doherty has slammed the Department of Education for approving extensions to many schools while knowingly not providing adequate funding for the extensions to be built. Doherty said he is aware of at least 26 schools in a regional area that have been given approval for school extensions but cannot proceed with building due to inadequate funds.
Senator Doherty was speaking on Wednesday after learning that the current funding given to schools is €1,200 per square metre despite the current cost for commercial being €2,700 per square metre. In the meantime funding for extra unavoidable costs has been withdrawn.
He accused Fianna Fáil of cynically exploiting media opportunities while depriving communities of much needed school places.
Senator Doherty said: “As I said earlier this week, substantial investment in education must be part of the Government’s long term economic strategy. This must include proper investment in school buildings and ensuring stable learning environments for our children to be taught in.
“The current funding allocation for schools seeking extensions due to overcrowding is €1,200 per square metre or less than half of the cost of commercial building which is currently €2,700 per square metre. While the Department of Education had set aside additional funding available for unavoidable extra costs, no application has been successful in acquiring this funding. Many schools have applied but cannot get a response from the Department. This is unacceptable.
“As a result of this builders are refusing to start work on site for genuine fear that they will not get paid for their work. This funding was also allocated for the removal of asbestos in schools which means the suspension of it could be putting the very lives of our children at risk. I have been informed of at least 26 schools in one region that have been given approval for extensions but cannot proceed with building due to inadequate funding.


CYNICAL EXPLOITATION
“Many schools have had to resort to the use of portacabins to teach children as their current school buildings are too full. However, as the Department will not sanction the rental of these cabins, schools are having to purchase them at a cost of €80,000 to €100,000. However, planning guidelines will not allow these cabins to remain on school grounds after five years meaning this funding is being spent on short term solutions while no long term solution exists.
“This situation is unsustainable and the Minister must act. Fianna Fáil have cynically exploited positive media opportunities by announcing funding for these schools when they knew that the funding they were providing was not going to cover the costs of the projects required and the extra school places would not be delivered.
“Funding for school buildings must be brought in line with current commercial building costs to ensure that our schools can deal with increased numbers of students and guarantee a stable learning environment for our children.
“This must be just one part of an overall substantial funding package for our education system as part of a long term economic strategy to build the knowledge based economy that we so often talk about.”
An Phoblacht
44 Parnell Sq.
Dublin 1
Ireland