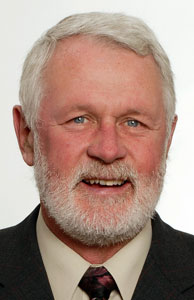 Leading Irish republican and Sinn Féin TD for Kerry North, Martin Ferris is to deliver the keynote address at the 2008 republican commemoration at Bodenstown next Sunday.
Ferris served ten years in jail after he was arrested in 1984 off the Kerry coast on board the Marita Ann which was carrying several tones of arms destined for the IRA.
In 1999 Ferris was elected to Kerry County Council. He was first elected to the Dáil in 2002 and was re-elected at the general election 2007.
He is currently Sinn Féin’s United Ireland spokeperson.
Each June, republicans from all over Ireland, gather in Bodenstown Churchyard in County Kildare to remember, at his burial place, the father of Irish republicanism, Theobald Wolfe Tone. Tone and the United Irish Society of the 1790s remain guiding examples for modern day Irish republicans.
Bodenstown Sunday is a time for republicans to reflect, assess and take stock of the struggle. It is a time of rededication to republican ideals and for activists to ready themselves for the struggle ahead.
It is not known precisely when the annual republican ‘pilgrimage’ to Bodenstown began. It must have been visited in a semi-organised way as early as the 1840s because Thomas Davis (died 1845) wrote one of his most famous songs about it: “In Bodenstown Churchyard there is a green grave...” The centenary of the 1798 Rising in 1898 saw commemorations in Bodenstown, including one organised by the ‘98 Rank and File Committee and at which the orator was James Connolly.
In 1913 large crowds marched to Wolfe Tone’s grave where the ceremony was chaired by veteran Fenian Tom Clarke and the oration was given by Pádraig Pearse. He described Tone’s grave as the “holiest spot in Ireland”.
Bodenstown 1914 was the first occasion on which Óglaigh na hÉireann (Irish Volunteers) and the Irish Citizen Army marched together. Jim Larkin was present. This was in the wake of the Great Lockout and Larkin was cheered by the crowds, showing the solidarity between republicans and the labour movement.
The Cosgrave government banned the commemoration in 1931 but the ban was defied and 10,000 people took part, including IRA units from most of the 32 Counties. There was even a contingent from Fianna Fáil. But five years later the Fianna Fáil government itself banned the parade and the commemoration took the form of a meeting near Sallins attended mainly by leading republican women, including Hannah Sheehy Skeffington who gave a speech.
In the 70 years since then crowds at Bodenstown have ebbed and flowed. The huge crowds of the early ‘30s were replicated in the 1970s and early ‘80s, with large numbers from the Six Counties.
Sinn Féin’s National Commemoration Committee is endeavouring to ensure that the Bodenstown Commemoration is developed and built upon so that it is a colourful and fitting manifestation of the strength, relavence and vibrancy of republicanism today. And so, the biggest possible turnout of republicans from throughout the four corners of Ireland at Bodenstown next Sunday is called for.

This year the National Commemoration Committee have undertaken to give the annual Bodenstown Bands Competition a re-newed focus.  The competition will still be for the Feargal Carragher Trophy-but it will also have a €300 prize money.
There will be strict criteria applied in the judgements and the bands will be judged on the following criteria:–
• Dress
• Behaviour and general demeanour
• Music
All Bands wishing to participate in the Feargal Carragher Trophy must contact Head Office.
Go raibh míle maith agaibh.
Séamas Drumm,
Thar cheann,
Choiste Chuimhneacháin Náisiúnta.

The National Commemora-tion Committee of Sinn Féin has decided to issue annually a new series of publications which will form a part of the celebrations and commemorations leading up to the centenary in 2016 of the Easter Rising and the Proclamation of the Irish Republic.
The publication coincides with the annual commemoration at the graveside of Theobald Wolfe Tone in Bodenstown Co. Kildare and takes it name from the Wolfe Tone Annual published by Brian O’Higgins between 1932 and 1962.
The new series of the Wolfe Tone Annual begins with an issue reflective of key phases of the struggle for freedom – Wolfe Tone himself, the Irish Republican Brotherhood which was founded 150 years ago, the centenary of key events leading to the 1916 Rising including the struggle of women for their rights and the Civil Rights movement in 1968.
Articles include a comprehensive review of the Fenian Movement by Michael Kenny and a tribute to Hanna Sheehy Skeffington and the Irish Women’s Franchise League which was founded 100 years ago. John Joe McGirl, former Sinn Féin TD for Sligo-Leitrim, is also honoured on the 20th anniversary of his death.
The Wolfe Tone Annual will be on sale at Bodenstown and from the Sinn Féin Bookshop and the usual republican outlets.