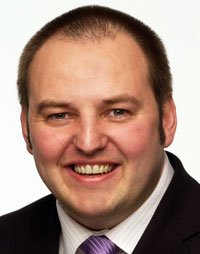 Connecting with the voters

WHAT a difference a year makes. Last year, in the aftermath of our profoundly disappointing general election campaign, along with a number of other party activists, I contributed to the debate on the next steps for our party with an article in An Phoblacht.
In that article, I recalled the scene at the Donegal North-East count centre after our defeat and the look of hurt and pain on the faces of our members and supporters. With four notable exceptions, that was the collective experience for all of us last year. Last Friday healed so much of that. The perfect illustration of our turnaround in fortunes and my abiding memory of last Friday was the sight of three of our party stalwarts – Larry O Toole, Dessie Ellis, and Seán Crowe – celebrating together at the Dublin count centre in the RDS. The constituencies they represent were up there among the highest ‘No’ votes in the state.
Indeed, despite the media establishment’s attempts in the aftermath of the rejection of the Lisbon Treaty to downplay Sinn Féin’s role in the ‘No’ campaign, an analysis of the results on a constituency-by-constituency basis clearly buries this nonsense. While we in Sinn Féin would not for a moment claim that our contribution was solely responsible for the outcome of this campaign, we will not, on the other hand, allow our immense contribution to be diminished.
In so many of the constituencies that delivered the highest ‘No’ votes, Sinn Féin has strength in depth. We were the only party with Oireachtas representation that campaigned against the treaty. Our elected representatives across the state led the respective local campaigns. They were the local established voices against this treaty and in tune with their communities. No amount of wishful thinking by our opponents can undo this reality.
This campaign reminded us that if we can agree on a clear republican left policy platform and complementary campaign plan and then implement these on the ground and over the airwaves, we can succeed. This experience is so crucial for the battles ahead. From a long distance back, we analysed the Lisbon Treaty in depth. In particular, Eoin Ó Broin deserves great credit for providing a concise and intelligent critique of the treaty. Having agreed with that critique, our party activists embarked on training events and internal party meetings across the entire island. They took ownership of the campaign, delivering 500,000 leaflets and organising public meetings and local campaign launches before the Establishment political parties had even gotten out of the blocks.
In the last days of the campaign, it was with considerable pride that I was in a position to publicly state that no other political party had matched the work rate of Sinn Féin. The sterling work by our core party activists helped fell the Goliath of the political and media establishment.
Our political message during the campaign was mature and responsible. We argued in common sense terms at every juncture. One of the things that struck me during conversations with our elected representatives and local spokespersons again and again was their confidence and belief in that message. It is crucial for a spokesperson to actually believe in what they say. This confidence and belief clearly translated to the Irish people.
We have responded to many of the questions asked of us from last year. We must now grasp this momentum that we have created for ourselves. We need to build our party membership everywhere over the summer months. Next year’s local and European elections are critical to our long-term objectives.
We need to immediately devise local and regional policy platforms within a national framework and then meet the leaders of civic society everywhere as we did in this campaign.
Our political message has to connect in a real way with the voters in the village, town, townland, parish, housing estate, street, or city that we seek support from. Tired slogans just won’t do. This campaign has proved that we can win new hearts and minds. Let’s build on this considerable foundation.