Ireland Institute Public Meetings: The State of the Nation 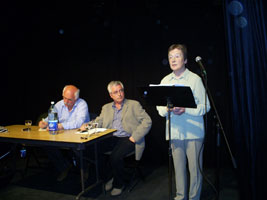 Realising the aspirations of the United Irishmen