SDLP criticised on May Day over Lisbon Treaty stance 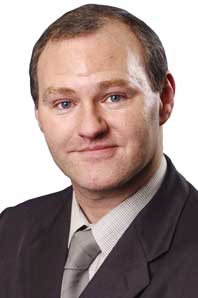 SDLP leader Mark Durkan’s support for the Lisbon Treaty is disappointing given the fact that it will fundamentally undermine workers’ rights, Sinn Féin MLA Paul Maskey said during last week’s May Day celebrations organised by the Irish Congress of Trade Unions in Belfast.
Maskey also used the occasion of May Day to repeat Sinn Féin’s call for the introduction of corporate manslaughter legislation as well as legislation to ensure the protection of agency workers, North and South. He said:
“On May Day 2008, it is disappointing to see the SDLP supporting a treaty that will fundamentally undermine workers’ rights across the EU.
“The Lisbon Treaty seeks to open up public services such as healthcare and education to ‘new economic and financial conditions’, essentially paving the way for the privatisation of these fundamental services.
“The treaty also mandates the EU to remove any distortion to competition within these services. These ‘distortions’ could include workers’ rights regulations meaning there would be nothing stopping the driving down of the pay and conditions that workers have strived to win for decades.
“Even at this late stage I would call on the SDLP to look again at Article 16(b) of the treaty, The Protocol on the Internal Market and The Competition Protocol within the Lisbon Treaty and to ask themselves if these parts of the treaty really represent a good deal for workers and if they represent the ideals for which political parties in the labour tradition have historically stood for.
“This year, on May Day, I also want to repeat my call on the Government to bring forward corporate manslaughter legislation. For too long employers have been getting away with very minimal fines for safety negligence which results in the deaths of workers. Legislation must be brought forward which puts a significant incentive on employers to take heed of safety regulations by applying a charge of corporate manslaughter to those who do not. Just this week, two workers died in their workplaces. How many more must die before this legislation is brought forward North and South?
“Of equal importance is the need for domestic and EU legislation to protect agency workers from exploitation. More and more employers are seeing the benefits of employing agency workers because they do not enjoy the same rights and entitlements as directly-employed workers. This has led to the exploitation of these workers and the driving down of pay and conditions of directly-paid workers.”
An Phoblacht
44 Parnell Sq.
Dublin 1
Ireland