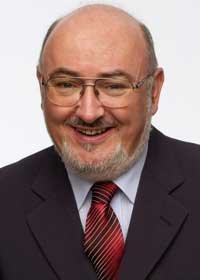 INTERNAL correspondence from consultants at Monaghan General Hospital to Health Service Executive management obtained by Sinn Féin Health spokesperson and Cavan/Monaghan TD Caoimhghín Ó Caoláin reveals that the hospital is facing a “catastrophic situation” which could result in the deaths of patients. Further downgrading will place an intolerable burden on an already-struggling Cavan General Hospital.
The latest crisis has been provoked by the attempt of HSE management to discontinue the ventilation facility at Monaghan General Hospital which was due to close on 7 April. The closure has not taken place because consultants at Monaghan are refusing to operate proposed new protocols for the treatment of patients requiring acute care. The consultants say that the removal of the ventilation facility will lead to the ending of all acute medical admissions in Monaghan resulting in “mortality for patients”.
Caoimhghín Ó Caoláin said that the correspondence from consultants at Monaghan General Hospital to Health Service Executive management shows that the hospital is facing, in the words of the medical professionals themselves, “a catastrophic situation”.
The Sinn Féin Dáil leader argued:
“If the HSE is allowed to proceed with its plan to end all acute medical admissions at Monaghan General Hospital, then facilities will have to be found for the treatment of the 3,000 acute medical admissions to Monaghan per annum. The main burden will fall on Cavan General Hospital which already has to cater for 5,000 such admissions per annum and which currently has 160 per cent bed occupancy – in other words, it has 60 per cent more patients awaiting beds than there are beds available in the hospital.”
The consultants’ correspondence makes very clear that with only some 25 additional beds proposed for Cavan, the proposed downgrading of Monaghan is totally untenable, Ó Caoláin said.
“I commend the Monaghan consultants for refusing to agree and operate the protocols proposed by the HSE. As a result of their stand the HSE has not been able to enforce the closure of the Monaghan ventilation facility.
“I can also reveal that an existing protocol, not previously known publicly, states that Monaghan is only allowed to have three patients on trolleys awaiting admission at any one time. If a fourth patient presents they must be moved to Cavan or another hospital.”
In the first three months of 2008, some 78 patients were moved from Monaghan in this way. Eighteen patients left Monaghan untreated rather than go to another hospital. “This protocol serves only to disguise the true need and demand for services at Monaghan,” the Cavan/Monaghan Sinn Féin TD said.
He said that just as significant as the strong protest from the consultants about the proposed ending of acute medical admissions is their assertion that, since returning ‘on-call’ in 2005, Monaghan General Hospital has functioned very well and provided a high standard of care to patients with acute medical illnesses. This reflects the positive experience of the overwhelming majority of people in the area served by the hospital.
“All of this unquestionably gives the lie to the utterly false and misleading claims by HSE management and Health Minister Mary Harney that the downgrading of Monaghan General Hospital is based on patient safety and achieving better standards of care. It is no such thing. It is driven by cost-cutting and a ruthless centralisation agenda.
“The HSE is enforcing flawed strategic plans in the most high-handed manner regardless of the impact on patient care.
“This correspondence exposes how bureaucrats have sought to enforce protocols for the care of patients against the wishes of the medical professionals who have to deliver that care.
“I stress that senior HSE management is in no way representative of the vast majority of people who work for the HSE, whether directly in patient care or other back-up services and who have the needs of patients at heart.
“As someone who last year suffered a heart attack and personally experienced the life-saving care of my local hospital in Monaghan, I share the concern and anger of my community that this vital facility is being taken away from us.”
The Cavan/Monaghan TD said that the implications of the HSE plans are very serious for Cavan General Hospital. It will not be able to cater for 8,000 acute medical admissions per annum. Any notion that somehow Monaghan’s loss is Cavan’s gain is “totally spurious”, he added. Patient care in both counties and in the north-east region will be adversely affected. “For the sake of both hospitals and all who depend on them, these plans must be resisted.”
The Sinn Féin Dáil leader concluded:
“I understand that GPs in County Monaghan are writing to Stephen Mulvaney, Network Manager, HSE. They say Monaghan Hospital will go ‘off call’ if the ventilation facility is closed and that patient care is not at the centre of HSE decision-making.
“Monaghan General Hospital is the victim of political decision-making on healthcare at Government level which takes no account of the reality of people’s lives. I will be challenging Taoiseach Bertie Ahern, Health Minister Mary Harney and all their Fianna Fáil and Green Party Government colleagues on this and I urge people throughout Counties Cavan and Monaghan and beyond to challenge Government and Government-supporting TDs also.”