PSNI still 'not up to the job' 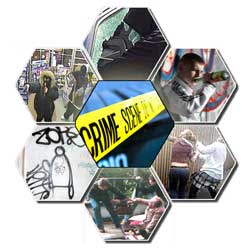 SINN FÉIN President Gerry Adams has described himself as “disappointed” in the performance of the PSNI since Sinn Féin endorsed policing arrangements in the North. Adams was speaking after complaints by PSNI Chief Constable Hugh Orde to a breakfast of public relations professionals in Dublin last week about criticism from the Policing Board.
Gerry Adams said:
“Our experience in the 14 months since then has convinced us that the PSNI is, in some respects, still not up to the job of a civic and fully accountable policing service. This is obvious in my own constituency as well as other areas.
“I have no doubt that the PSNI want to move into a new policing dispensation and it is important to acknowledge that progress has been made.
“However, among other issues, there appears to be a failure to accept that a new policing dispensation includes the right of citizens and their public representatives to comment on policing matters, particularly as occurred in West Belfast recently in the wake of serious crime.”
PSNI Chief Constable Hugh Orde had earlier criticised the Policing Board for being more interested in political debate rather than policing matters.
During a business breakfast of public relations professionals in Dublin Orde accused the Policing Board of “going a bit tribal” and claimed elected members were being distracted by sectarian arguments which he believed had nothing to do with policing.
Orde’s annoyance followed a heated exchange with Sinn Féin MLA Alex Maskey during a meeting of the Policing Board just days earlier.
The PSNI Chief hotly denied officers had failed to act on intelligence ahead of the murder of Frank McGreevy last month. He also denied the PSNI had been tipped off about planned attacks by a loyalist/neo-Nazi football gang around a match between Linfield and Cliftonville in Belfast city centre a fortnight ago. During a sustained attack, a bar was targeted and an innocent bystander wearing a Celtic top, Hugh McAnally, was seriously injured.
Orde accused Sinn Féin of making “unfair and inaccurate” criticism of the PSNI.

RAPE
PSNI Chief Superintendent Gary White, district commander for north and west Belfast, was forced to issue reassurances after a woman was raped and two men seriously assaulted in West Belfast over the weekend.
White said the PSNI is “doing everything in their power” to make Belfast a safer place for everyone to live, work and socialise in.
“We take a robust approach to crime and have developed a number of partnerships with community and statutory bodies to tackle anti social behaviour and criminality in the Belfast area,” White said.

ANTI-SOCIAL ACTIONS CHALLENGED
Meanwhile, communities across the city continue to challenge anti-social behaviour within their areas.
Neighbours of murder victim Frank McGreevy took to the streets to take part in a clean-up campaign as part of a strategy to reclaim the area.
Local people were joined by Lower Falls Sinn Féin MLA Fra McCann and pupils from nearby primary schools to clean up graffiti and rubbish.
“This is one of a number of initiatives in a determined effort by local people and statutory agencies with responsibility to the people living here to reclaim the Lower Falls away from anti social elements. The message is clear,” Fra McCann said.
A spokesperson from the Falls Residents’ Association, Robert McClenaghan, said he was delighted at the turn-out.
In the Greater Finaghy area, community workers announced a cross-community initiative to challenge anti-social behaviour in the area.
Residents’ groups initially formed the cross-community Finaghy Crossroads Group to quell sectarian tensions within the interface area but are now turning their attention towards challenging anti-social behaviour.
Stephen Magennis and Colin Patterson called for support to clean up Woodland’s and Wetterburn Park as part of a wider agenda to reclaim the area. A rise in anti-social activity had left people “afraid and intimidated”, said Magennis.
“We are calling for statutory bodies to tie in together and we are calling on parents to be on the alert and take more control over their children.”