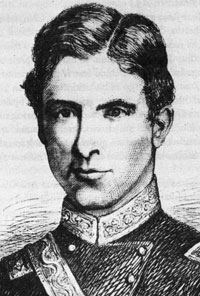 Taking the war to John Bull

IN THIS second instalment of a two-part feature on the exploits of Fenian ‘mayhem maker’ WILLIAM MACKEY LOMASNEY, the small Irish-American soldier from Cincinnatti, Ohio, who was born in 1841 of Cork parents, Sinn Féin TD AENGUS Ó SNODAIGH continues his look at the life and death of ‘The Little Captain’.