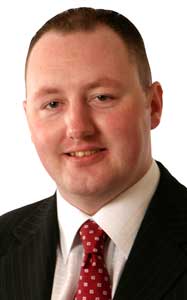 The unionist paramilitary campaign against GAA clubs in the North continued last week with a pipe bomb attack at a Gaelic football pitch in County Down. A viable pipe bomb was discovered at Ballela GAA club near Banbridge following a telephoned warning.
The attack followed alerts at GAA grounds across the North. Unionist paramilitaries, believed to be UVF, issued threats against a number of GAA clubs including clubs in Randalstown, Coalisland, Dungannon and Armagh. A male caller claimed devices had been left at the GAA clubs.
Sinn Féin representative for Banbridge and District, Councillor Dessie Ward condemned those who planted the pipe bomb at the gates of Ballela Gaelic Football Club and has said that it won’t stop the GAA from organising in the area.
“This wasn’t just an attack on the Gaelic Club, this was an attack on the entire community.  Ballela is a quiet rural area and has never been affected by the troubles and people are rightly asking themselves why this is happening at a time of relative peace,” said Ward.
“This is the first time anything of this nature has happened at the club; however, it won’t stop the GAA from organising in this area and I hope that the club will continue to go from strength to strength.  The club have recently improved their facilities and it is a credit to them what they have achieved.”
“There was an attack on a nearby Orange Hall only last week and it has been suggested that this attack may be in response to this; however, whatever the motivation behind all such attacks it is still wrong and should be condemned.”
“I think this is a timely reminder that there are those in our society who are intent on dragging us back-ways but they won’t win,” said Ward.