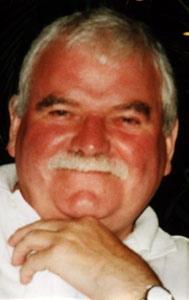 Republicans throughout Ireland were shocked and saddened at the death of Óglach Bernard (Benny) Connolly, who died suddenly at his Coolock, Dublin home on 1 September, at the age of 64.
The eldest of 16 children, Benny was born in the Bone district of north Belfast, but moved to Dublin at an early age.
While Benny was affiliated to various IRA departments during his long years in the Republican Movement, he played a major role in the South Down Command throughout the 1980s. On top of this, his home in Coolock, which he shared with his wife Lily and five children, was an open house for republicans.
One of the best things about being an Irish republican, is that you get to meet the salt of the earth.  For me, nobody epitomises this more than Benny and Lily Connolly.
Benny and Lily’s hospitality was legendary.  Many republicans enjoyed a welcome few days respite in their home from the constant grind of active service. The generosity was boundless. No-one put on a barbecue like Benny and Lily!
Among the most frequent visitors to Benny’s was legendary Óglach Brendan Burns.  While Brendan was in jail he asked Benny to look after his two little terrapins.  Benny put them in his fish tank, but unfortunately they were too greedy and choked on Benny’s goldfish!
I, more than most, have reason to be thankful for the kindness of the Connolly family.  After a serious illness I spent months recuperating with them.  Maria moved in with Siobhan and Gráinne and gave me her room.  If I’d been staying in the Gresham, I wouldn’t have been treated as well.
During this time, as well as his active service duties, Benny played a crucial role as an educator.  He recruited many fine volunteers, including the late Óglach Brendan Watters.
The huge crowds at Benny’s wake and funeral are testament to his popularity, not just among republicans, but among his neighbours as well, many of whom received his help down the years.  His Dublin comrades provided a fitting and much deserved tribute to this committed republican. At Glasnevin cemetery proceedings were chaired by Sinn Féin Dublin City Councillor Christy Burke.  Councillor Dessie Ellis gave the graveside oration and spoke for everyone when he spoke of Benny’s love for his family and his commitment to the struggle for Irish freedom.
Benny Connolly was very much a family man; husband, father and grandfather.  He was also great craic. He was kind and gentle, witty and funny.  His winding up of the Garda Special Branch was hilarious to watch. At the funeral mass, Benny’s son Bernard told the story of how 10 Branchmen raided the house.  Some time after they had left, the Superintendent discovered he was a man down.  When the Gardaí returned to Benny’s, he opened the garden shed and a rather sheepish Branchman emerged!
Like many others, Benny paid an economic price for his republicanism.  He could have been a seriously wealthy man, but his generosity and commitment to the cause of Irish freedom was always going to prevent that.  He had a great zest for life and lived it to the full.  He loved sport – football, soccer and especially hurling. He enjoyed a good political debate over a few jars whether it was about Ireland, Palestine or anywhere else.  The most frequently used phrase I heard from mourners was “the end of an era”.  Benny has left us suddenly, but he has left us some great memories and will inspire us in the future.  We will never forget him.
To Lily, their children Maria, Bernard, Kevin, Siobhan and Gráinne and to Benny’s large family circle the Republican Movement offers our deepest condolences.  I measc laochra na nGael go raibh a anam cróga dilís.
BY MICKY COLLINS