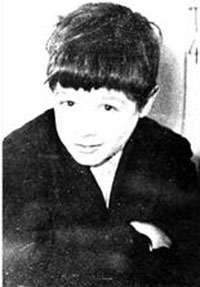 The British Ministry of Defence has agreed to temporarily withdraw and amend its controversial military analysis of Operation Banner, the British Army codename for operations in Ireland between August 1969 and 31 July 2007.
Stephanie English of the Pat Finucane Centre explained:
“The decision was prompted by a complaint we lodged on behalf of the family of Derry teenager Daniel Hegarty who was shot dead by British soldiers during Operation Motorman in the early hours of 31 July, 1972 in the Creggan estate, Derry.
“In July this year the Pat Finucane Centre alerted the media and public to the existence of the military document and highlighted a number of serious errors and gaps in the document. These included a reference to Operation Motorman where it was claimed that Daniel Hegarty, an unarmed 15-year-old, was a ‘terrorist’.
“We wrote to Defence Minister Des Brown in July and called from the document to be withdrawn and the reference to Daniel Hegarty corrected. We pointed out that (then NIO Minister) Des Brown had actually written to the Hegarty family in 2003 and had expressly clarified that “neither I nor the Government have ever said that Daniel was a terrorist.”
The British Ministry of Defence has now replied and confirmed that:
“As you state in your letter the Secretary of State has previously written letters to the effect that Daniel is considered innocent and we continue to stand by those comments. The paragraph in question is inaccurate and this should have been picked up during proof reading, but unfortunately was not.”
The MOD spokesperson continued:
“ I recognise the considerable distress this must have caused the family and I have instructed that the report be removed from our website and an amended version produced. I would also like to offer my sincere apologies to Daniel’s family...”
Daniel Hegarty’s sister Margaret Brady has welcomed the belated recognition of the hurt caused to the family.
“I welcome the fact that this document is to be amended. It’s wrong that we should have to fight to clear Daniel’s name when the wrong was done to us in the first place. I only wish they would accept that the British Army shot many, many people without justification and where they posed no threat. Young Seamus Bradley was shot that same night and his inquest found that he was unarmed”, Brady said.
Stephanie English of the Pat Finucane Centre said:
“To be honest we were in for the long haul and thought that much more pressure would be needed but it seems that very few people in Whitehall are willing to stand over this document which is littered with inaccuracies, exaggerations and deeply racist assumptions. We do feel it important to set the record straight. It’s a pity that the other rubbish cannot be corrected but at least this represents a small victory for the Hegarty family.
Sinn Féin Foyle MLA Martina Anderson has said that there now needs to be a full independent inquiry into the shooting dead of Daniel Hegarty.
“The admission by the British Government that Daniel Hegarty was ‘not a terrorist’ does not go far enough. What is needed is a full, independent inquiry into why this child was shot dead at point blank range on the morning of the 31 July 1972. The British government need to disclose all the facts relating to this case”, Anderson said.
“I congratulate Daniel’s family for their tenacity in pursuing the British government for the truth surrounding his cold-blooded murder. Their success in forcing this movement from the British government will bring comfort and encouragement to the hundreds of other families who are also fighting to get to the truth of their loved ones’ murders by British state forces and their acolytes in the unionist death squads. Sinn Féin will continue in our support in whatever future course the Hegarty family chooses to pursue”, she said.