Opinion : disadvantaged communities must be empowered to vote 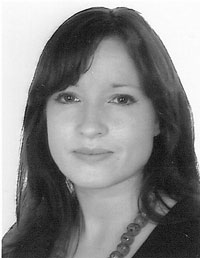 Voter participation key to Sinn Féin advance in the South

In recent weeks the establishment parties have been trying to outdo each other with promises to cut our already low rates of tax. No justification for these tax cuts have been presented and the media has failed to ask the pertinent questions regarding the implications of such tax cuts on the state’s ability to fund essential public services.
Why are political parties not trying to outdo each other about what they will do to tackle poverty, income inequality, low pay and social exclusion?  Why have some people been left behind in the current period of prosperity?  Because their interests are not represented, their voices are not heard, they have no influence over government policies.
Electoral turnout tends to be lower amongst the less affluent in society.  The less well off are consequently under-represented and the middle class agenda dominates.
It is clear whose agenda dominates the political debate.  The comfortable, middle classes who have pocketed the advantages of the economic boom are the people whose interest are paramount in political debate.  As these people’s ‘needs’ dominate, many remain disadvantaged, disenfranchised and disempowered.
We cannot deliver change for these communities if we do not ensure that they participate in the electoral process.  We risk, like all other parties, having our policies judged solely by the more affluent voting classes based on their own interests.  What has influenced the drift to the centre of party’s formerly of the Left?  A key factor is a fear of facing the wrath of the middle classes in a low voting environment.
Socio-economic status continues to impact on the extent to which people influence decision making. Promoting voter participation amongst the socially disadvantaged and disillusioned ordinary workers is one of the key steps that must be taken to address this situation.
A look at percentage turnout in eleven of the most disadvantaged wards in
Dublin in 1999 and 2004 tells on interesting story.  In one ward (Artane) voter turnout over that period rose from 32.6% to 54.8%  while  in another ward (Mulhuddart) turnout rose from 29.7% to 50%.    In 2004 each of these wards elected a Sinn Féin councillor.
In disadvantaged areas where voter turnout increases Sinn Féin gains most.  Even with the improved participation rates, all eleven wards listed were still lower than the state average of 58.7% and many were below the 50% mark.
Right now we face particular challenges.  The ham-fisted review of the
Electoral Register in the 26 Counties has potentially impacted on our vote through the disenfranchisement of those living in our core areas.  It is more difficult to get people in such communities to the supplementary register because of the requirement to have the form signed at a Garda station.
Maximising our vote demands that we maximise the turnout in our core areas.
We need to be striving for participation rates far beyond the 50% mark being reached in the wards in the above table and indeed striving to achieve voter participation rates far above the state average. We need to empower our communities to vote.
How do we ensure that we are not subject to the wrath of the voting middle classes, that our policies are not dictated by the need to appeal to this dominant section of the electorate? Ongoing work is being carried out by Sinn Féin activists with regard to voter registration. Great efforts are made to get the vote out at election time.  The contribution of Sinn Féin to the significant increases in the turnouts in many wards in 2004 should not be underestimated.  However we need to ask ourselves if we are really doing enough.  Is the issue of low voter participation in our core areas being addressed in a systematic way? What more can be done? How can we contribute to reversing the disconnection of those living in socially disadvantaged areas from the political process?  How can we ensure voter education takes place?
In addition to our own ongoing work we need to work with others to achieve higher turnouts in our core areas through systematic voter education programmes.  Locally based voter education programmes carried out by community groups and NGOs have empowered whole communities to come out and use their vote.  Such efforts have led to huge increases in turnout in many of the most disenfranchised communities.  People who had gone their whole adult lives without voting came out to vote for the first time as a result.   The work of these groups has to be commended as they are doing the work that the state will not do.  This work should be promoted and encouraged.
The Vincentian Partnership Citizenship Active Citizenship Programme is available to communities who seek it and it has already been successfully rolled out across many communities in Dublin.  The VP provides trained facilitators, a well developed programme and necessary materials.  Those seeking the programme to be run in their area, usually a community group, only have to provide a room and a group of participants.   More communities should be encouraged to avail of such programmes and to replicate other successful, locally based voter education programmes.
As a party Sinn Féin’s focus is now firmly on the general election due to take place in the 26 counties in the coming months.  Adequate focus must be put on ensuring that those within disadvantaged communities who have never used their vote are empowered to do so.

Caoilfhionn Ni Dhonnabháin is the head of Sinn Féin’s Trade Union Department and a member of the party’s Ard Chomhairle.