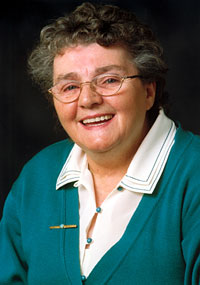 In any place in the world, children throwing snowballs would be treated at best as little nuisances or at worst as doing what children do the world over when they see snow.  Here in this abnormal runt that unionists call a country, snowballing becomes a major incident, a political disaster, an excuse to stop political change and an attack on peace.
The incident, which occurred at Crossmaglen this week, involved the flying of a military helicopter, whose passengers were members of a discredited army and a police force that has not yet learned manners.
The helicopter crashed into a field, narrowly missing hitting homes in a nearby housing estate. Most of the passengers escaped major injury.
But the rush of blood to the head of every unionist politician within 50 miles of the place was not about the delivery of their security forces.
No it was about children who gathered at the scene with snowballs and attacked the police and military vehicles which arrived to ferry the injured to hospital.
Its hard to put old heads on young soldiers, especially in places like South Armagh, were the local population is still trying to recover from the effects of 35 years of intense military oppression, in a war that was not of their making.
No matter that people in the nearby housing estate could have been killed by the recklessness of the gung ho British Army pilot, or whoever was in charge, of flying an aircraft at rooftop height during a blizzard. That in itself was tantamount to attempted murder.
The attitude of British soldiers -- ‘lets put fear in the natives’ is what the people of Crossmaglen have come to expect from an army, which over the years has occupied their homes, schools, playing fields, farms and even their lives.
But the war is over. At least that’s what the people believe and the military installations are being dismantled. That includes the flying fortresses in the sky.
There is no excuse for the British military or the police to still engage in their spying operations in the border areas of this country and as Conor Murphy pointed out they have sufficient vehicles on the ground.
Unionist politicians, none of whom were anywhere near the scene of the crash and seemingly oblivious to the danger posed to the residents, immediately took advantage of the situation to attack Conor Murphy, the MP and MLA for the area. Snowballing attacks on security forces vehicles suddenly became a reason for setting back the 26 March deadline for power sharing.
Paisley Jnr, from his glasshouse in Belfast, and mindful that D-day was just around the corner was intent on making the snowball fight an international incident. There was no Rambo Stone around to cover up the usual DUP fudges, but the media could be relied on to project the incident as an attack by republicans on the PSNI and the emergency services.
Would someone tell them all that the war is over and people want to move on?