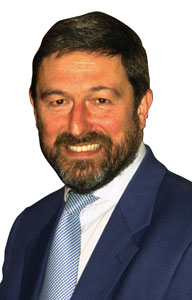 Sinn Féin’s Billy Leonard, a candidate for east Derry in this week’s elections to the Six County Assembly, received a bullet in the post to his home address in Portstewart on Tuesday. He opened the envelope to find it wrapped in bubble-wrap: there was no message.
Leonard says that it is the work of loyalists who have threatened and attacked him before. The Sinn Féin man received a hoax bomb alert at his home a fortnight ago.
He said:
“The most worrying thing is opening this in front of some of my children. However, this type of intimidation will not stop me doing my work as a political representative.
“We have received telephone threats, hoax bomb alerts and now this. It is clear that people are making a mistake in thinking that this could change anything. It’s business as usual whether that be an election or the day to day grassroots work I do.”