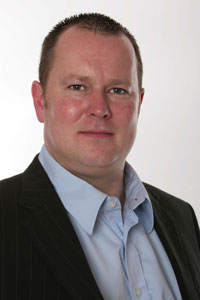 Haemorrhage of employment in North Tipperary

Multinational company Procter & Gamble, which manufactures skin products,  is to cut staff at its Nenagh branch in North Tipperary with a probable loss of over 300 workers over the next two years.
Speaking to An Phoblacht on Wednesday in the aftermath of the announcement, Sinn Féin general election candidate for North Tipperary Councillor Seamus Morris said Proctor and Gamble had been conducting a review of its worldwide operations over the past year.
“It was known that there was going to be some kind of announcement in March in relation to the Nenagh plant. These job losses are a disaster for Nenagh and North Tipperary and not only that but the way the news was carried yesterday was a disgrace”, he said.
“Proctor and Gamble leaked the news to the press and to the American stock market in recent days before the employees were given notice first hand. The news of the job losses appeared on the website last night – on Yahoo Finance – and was widely reported in the media ahead of this morning’s meeting with the staff.”
Asked what the feeling amongst staff on the ground was Morris said:  “I was out at the factory this morning delivering post and people are justifiably very angry and upset. I know exactly how they feel because I lost my last job through the closure of a factory in Limerick in the late 1990s. I had a family at that stage and was just building a house. So I know what a blow it is to people.”
Citing government neglect as the cause of what he called the “haemorrhaging of employment from North Tipperary” Councillor Morris said:
“Proctor and Gamble is the last bastion of industrial employment in North Tipperary. This is North Tipp on its last legs as an industrial area unless the government is brought to address this whole debacle. No new major industries have been brought here in 21 years because of the government’s failure to promote IDA investment in the region.
“In the last local elections Fianna Fáil TD Máire Hoctor promised that if elected she would ensure a replacement for the Aventis Pharma – a pharmaceutical factory in Nenagh which was closed in 2002. Five years down the road and we’re getting the same guff off the government - all talk and no action.
“Since this government first came in thousands of jobs have been lost in North Tipperary. People are driving awful distances to work because there’s nothing for them here. Whatever indigenous industries exist here are heavily dependent on big industry in that the employees of large industry are the consumers in the area.”
Asked about Sinn Féin’s proposals to tackle the problem Morris said:
“There needs to be a re-engagement with the Shannon Development Association - the government agency set up to promote tourism and industry for the Shannon region. The brief of that agency has been moved out of North Tipp and further back into the Shannon region and we’re left with the IDA who have not visited this area in three years. I’ll be pushing the government to have Shannon Development’s remit expanded again to re-encompass the North Tipperary region.”