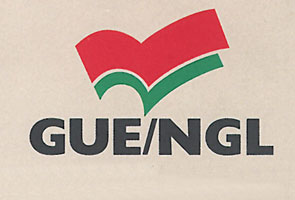 On 24 January, the European Parliament’s Employment and Social Affairs Committee adopted a report by Mary Lou McDonald MEP that paves the way for EU member states to adopt the International Labour Organisation’s Maritime Labour Convention. The Convention aims to guarantee decent living and working conditions on board vessels. Ms McDonald’s report was passed in the Committee with 42 votes in favour and only one against. It will be debated and voted on by the plenary session of the European Parliament on 13-14 March in Strasbourg.
This report was strategically chosen following the Irish Ferries controversy. While the ILO Convention would not have resolved all the issues at the heart of that dispute, it is an important step in the regulation of standards and protection of workers’ rights in the maritime sector.
The Convention was adopted almost unanimously by governments, trade unions and representatives of ship owners at an ILO Conference in February 2006. It defines the minimum conditions required for maritime labour, covering health, training, minimum age, recruitment, the content of employment contracts, working hours, wage protection and leave. It also deals with issues such as accommodation on board and social protection. And finally, it defines responsibilities regarding application of the Convention, e.g. requiring states to put in place effective systems of inspection and certification.
The Convention should help to stabilise the maritime transport sector and reduce the advantage to operators who are flagged in countries with weak social legislation. It will also be an important tool in limiting the negative effects of globalisation – specifically social dumping, which penalises seafarers and those ship owners who are complying with the rules.

Clause inserted
In order to not give advantage to states that have not ratified the Convention, a clause was inserted to “ensure that vessels flying the flag of a state which has not ratified the Convention do not receive more favourable treatment than those flying the flag of a state that has”. This is intended to prevent unfair competition.
The Convention only lays down minimum standards and the report says that “there is nothing to exclude action at Community level to strengthen, complement or extend these standards by means of additional rules not laid down by the ILO. The EU should look for ways to go further in protecting the rights and interests of seafarers beyond the provisions of the Convention.”
The report calls on the EU “to enforce minimum employment standards and wages for all vessels operating in its waters, and in particular calls on the European Commission to re-table the proposal for an EU Ferries Directive”, which would directly address all the issues raised during the Irish Ferries dispute.
The main problem during the debate and vote in Strasbourg is likely to be the position of the European People’s Party-European Democrats (the group that includes Fine Gael, Jim Nicholson MEP and the British Conservatives). The amendments proposed by that group in the Employment and Social Affairs Committee sought to water down the provisions of the Convention and to delay its ratification until 2010.
Mary Lou McDonald said:
“The Irish Ferries dispute shows that the maritime sector is in dire need of regulation and that workers in the sector need to be protected.
“The EU should send a strong signal to the rest of the world in relation to labour standards by ratifying this convention.”
After the plenary session, it will be up to the Governments to ratify the Convention and to ensure that it comes into force as soon as possible.

An attempt to put incineration on the table as a valid choice for local governments has been soundly trounced in the European Parliament. MEPs voting in February’s plenary session in Strasbourg have rejected plans to reclassify incineration as “waste recovery” rather than “waste disposal”. The vote was part of the Parliament’s decision on the future EU waste directive, which will be binding on all member states, and represents a crucial victory for anti-incinerator and environmental campaigners.
At the last moment the report’s author, British Conservative Caroline Jackson, attempted to re-insert the industry line. But MEPs largely accepted the agreed compromise position of the European Parliament’s Environment Committee which was resolutely anti-incinerator, relegating it to near the bottom of the barrel of ways in which local authorities will be able to deal with waste.
The directive now moves to the European Council, where the 27 Governments must take a stance. Seizing the moment, GUE-NGL MEP on the Environment Committee Bairbre de Brún called on “member states to invest in the proper recycling infrastructure in line with the European Parliament’s clear vote to move towards a recycling society. MEPs from across Europe have shown their faith in waste prevention, re-use and recycling and now national governments must do the same.”
The rejection of the pro-incinerator lobby’s attempts undoubtedly marks a victory for communities across Ireland who are battling against the imposition of unsafe incinerators. However, at government level, attempts are expected to re-insert incineration into the directive as “waste recovery” – a move that would undo much of the hard work of campaigners to date. Given the bureaucratic manoeuvrings of EU decision making, those campaigners are preparing themselves for a long and difficult battle ahead to keep incinerators out of communities.

Bizarrely for a party whose local representatives are ever-eager to associate themselves with anti-incinerator campaigns, three of Fine Gael’s MEPs supported the pro-incinerator position. Gay Mitchell (Dublin), Avril Doyle (East) and Jim Higgins (Northwest) all voted to keep incineration on the agenda whilst party colleague Simon Coveney (South) supported the GUE-NGL position. Even stranger, however, is the case of Mairéad McGuinness (East), who did not vote at all – despite being present at the other votes of the day.
McGuinness is a Fine Gael candidate in Louth for the upcoming Leinster House elections. Her running mate Fergus O’Dowd, the party’s environment spokesperson, has demanded that the Irish Government reverse its incineration policy. He has stated, in relation to the proposed incinerator for Drogheda, that there is “a clear health risk associated with living near incinerators” and that his constituents “cannot now take the risk of Government policy placing this monster in our midst and putting our health at risk”.
Noting this odd situation, Mary Lou McDonald MEP said that “in the European Parliament Fine Gael utterly failed to officially follow through on their stated opposition to incineration. With the exception of Simon Coveney, their other MEPs supported or abstained on a bizarre proposal by the European Commission on re-categorising incineration. They supported this proposal despite overwhelming advice from the Environment Committee of the European Parliament, Friends of the Earth and other global environmental groups and scientists not to do so.” The GUE-NGL MEP added, “If the vote on the re-categorisation of incinerators had been successful, big business would have been in receipt of an environmental stamp of approval for the rolling out of incinerators throughout Ireland and Europe.” She reiterated her own party’s consistent opposition to incineration.

Following recent elections which were a spectacular success for the Dutch member of GUE/NGL – the anti-EU Constitution Socialist Party – the new Dutch Government has outlined its position on the rejected document.
Prime Minister Jan Peter Balkenende remains in power, at the head of a new coalition of his Christian Democrats with the Labour Party and Christian party ChristenUnie.
The new Government has stated, “We will seek an amendment and possible consolidation of existing European Union treaties which safeguards subsidiarity and democratic scrutiny and is manifestly different from the previously rejected constitutional treaty in terms of its content, scope and name.”
Ultimately, the Government has opted to allow the Council of State – made up mainly of retired politicians and chaired by Queen Beatrix Van Oranje-Nassau – to recommend how to proceed. It seems that, unlike the Irish Government post-Nice I, the Dutch Government has little intention of selling the same treaty to an electorate that already rejected it.

Human rights versus ‘war on terror’

The European Parliament has adopted a report by Spanish Socialist Luis Yañez-Barnuevo García on “the external dimension of the fight against international terrorism”.  Although the report claims to recognise the need for EU external policies to respect human rights, security and the fight against terrorism remain the priority. Unsurprisingly for an MEP from the party responsible for the GAL death squads in the Basque Country, there is no mention of state terrorism.

Some of the many problems with the report are:
•    Its support for the use of battle groups and enhanced co-operation with NATO;
•    The vague use of the term “radicalisation” as an indicator for “non-democratic actions”;
•    Its promotion of co-operation between security and intelligence services and police, judicial and customs authorities of the member states and third countries (raising the issue of data protection and constituting a deterioration of civil liberties and respect for human rights); and
•    Its proposal to mix police, security and intelligence forces, which can lead to abuse of powers against citizens (as has been experienced in Ireland).

All in all, a bad day’s work by the European Parliament.

McDonald urges Governments to take their heads out of the sand

The Spring Council is the annual gathering of Presidents and Prime Ministers of EU member states to discuss social and economic issues. This year’s meeting, which takes place in Brussels on 8-9 March, looks set to almost completely ignore the “social” part of its remit and focus on its programme for competitiveness, driving down salaries and undermining workers’ rights and conditions – otherwise known as the Lisbon Strategy.
The Lisbon Strategy was supposed to “make a decisive impact on the eradication of poverty” by 2010. But the number of people living in poverty is growing, with 72 million at risk in the EU alone.
Commenting on the Council’s agenda, Mary Lou McDonald MEP said:
“EU policies need to completely change if we are to really address the issues of sustainable economic growth and good quality jobs, and to tackle income inequality.
“We need a new set of social, economic and environmental priorities to encourage investment in the social economy, to improve the quality and accessibility of public services, and to eradicate poverty and social exclusion.
“It is time for EU Presidents and Prime Ministers, including the Taoiseach, to take their collective heads out of the sand, stop doing the bidding of big business, and respond to people’s hopes and aspirations.”

Bairbre de Brún has expressed unease at any future deal on personal data sharing between the EU and the US Government. The European Parliament debated the issue in February’s session, where the majority of MEPs also had concerns.
As it stands, MEPs have agreed that “the solutions envisaged so far by the Council and the Commission as well as by private companies do not adequately protect the personal data of EU citizens”. Ms de Brún argues that Ireland should take the lead in demanding a more acceptable deal. The agreement forms part of the US administration’s “war on terror” strategy and has been condemned by human rights and civil liberties organisations.