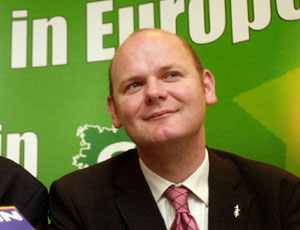 Dublin City Council has passed a motion calling for a full public enquiry in to the Dublin/Monaghan bombings of May 1974.

“The public know that collusion took place on that fateful day in 1974. British forces acted in unison with loyalist paramilitaries which resulted in 33 people being killed in the car bombs.

“It must be remembered that Britain’s dirty war was never confined to the North but was played out here on the streets of Dublin.

“It is high time that the Irish Government took their head out of the sand and set up a public inquiry in to the circumstances that surrounded the bombing of Dublin and Monaghan.

“The demand by Dublin City Council will be communicated directly to An Taoiseach Bertie Ahern; the citizens of Dublin await his reply.”

“I am delighted that this motion has received cross-party support and this will send a very clear message to An Taoiseach that a public inquiry in now needed to out the truth and bring closure to one of the worst atrocities during the conflict on this island.

“The citizens of this city deserve nothing less than the truth made public on the matter.”

Meanwhile, the Sinn Féin MP for Fermanagh/South Tyrone, Michelle Gildernew, has accused unionist politicians of failing to face up to truth about collusion.

Former UDR major Ken Maginnis, now a member of the British House of Lords, has claimed that too much money is being spent on the Police Ombudsman’s office.

“It is totally over-resourced and possibly totally unnecessary. If we had someone with more judicial and investigative knowledge than the current Police Ombudsman we might do things a lot less painfully.”

Maginnis claimed the fact that just six police officers officers were convicted from completed investigations shows the police in the Six Countires in a different light compared to the damning details of RUC Special Branch collusion with loyalist paramilitaries contained in a devastating Ombudsman report published two weeks ago.

“The Police Ombudsman’s report into the murder of Raymond McCord Jnr represents the tip of the iceberg. Yet not only did it expose the extent and nature of collusion it also cruelly exposed the deep and profound failure of unionism to face up to the truth about collusion.

“You have to wonder whether certain unionists really have any commitment to delivering real accountability into the policing structures and to the rule of law and policing that is free from partisan political control.

“Ken Maginnis would make a more positive contribution to the future of our society and the development of a new beginning to policing and justice if he challenged both former and serving members of the PSNI, RUC, RIR and UDR, of which he was a member, to co-operate fully with the Police Ombudsman.

“The fact is that former members of the RUC and PSNI have not co-operated with Nuala O`Loan and, indeed, the Ombudsman has highlighted the destruction of evidence by former members as frustrating future prosecutions and convictions.”

Dublin City Council, in welcoming the recent publication by Police Ombudsman, Nuala O’Loan into collusion between RUC/PSNI and the UVF, calls on the Irish Government to hold a public, independent inquiry into the circumstances surrounding the Dublin/Monaghan bombings of May 1974.