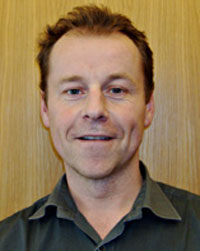 Among the Wicklow hills

Part of Richard Murphy’s poem the Battle of Aughrim – concerning the famous battle at Aughrim in Galway in 1691 not the Wicklow Aughrim – contains the lines:

“Through centuries of penal gale

Hedge-scholars sheltered where it fell.”

Even the cutest hedge scholar – cute as in Kerry farmer cute not California Valley Girl cute or even Alexandra Florence Kramer cute – might have been hard put to find shelter in Aughrim last Saturday. A gale there was and it was blowing in from the sea. A south easterly for the most part although it was inclined to swirl around a bit. Contrary to the opinion of one pessimistic Wicklow supporter in front of me, however, it did not change direction to favour the Dubs in the second half!Aughrim must surely be the most beautifully situated county ground in Ireland, nestled as it is between the hills. Perhaps better appreciated on a balmy Summer’s day rather than a biting cold afternoon in mid January but pleasing on the eye nonetheless. Micko’s desire to meet the Dubs was being fulfilled and for the third week in a row Setanta sent their cameras to cover it live. This has certainly raised the profile of Wicklow and team selector and former All Star Kevin O’Brien, remarked that in the whole of his long playing career Wicklow never got such media attention.

That has to be a good thing and is reflected in the growing support in the county which is sure to be sustained during Wicklow’s league campaign that begins on Sunday week with a home game against Antrim. Their supporters have also cottoned on to the sophisticated psychological tactic employed by Westmeath supporters of chanting ‘Mayo, Mayo’ at us poor Dubs. Which we accept with that air of noblesse oblige that the rest of the country so admires.

It will be interesting to see how Wicklow fare in 2B following their series of high profile matches against Leinster opposition. On the evidence of last weekend Wicklow are well below the standard set by the better teams. They have a tendency to over do the handpassing in the same way that Kildare did in O’Dwyer’s first days with them. Physically they were unable to cope with the power and strength of a Dublin team that bustled and harried them out of possession on numerous occasions.

Dublin, even with a largely experimental line up, were simply too much for them. Used to playing at a higher pace, Dublin used the first half wind advantage to run up an unassailable lead before half time, although a Tony Hannon goal did provide a glimmer of hope.

Dublin weathered the early Wicklow onslaught in the second half and dominated even in the face of the elements. Like Wicklow they did find it difficult to kick points into an unpredictable wind and some of the younger forwards showed their inexperience in failing to capitalise on several goal chances.

Dermot Connolly of Vincents scored five of Dublin’s points including two well struck ‘45s’. He shows considerable nerve and aplomb for a young chap and is sure to figure prominently in Caffrey’s plans for the rest of the year. From a hurling perspective, pleasure at his progress as a footballer is tinged with some regret.

Dermot was part of the Dublin team that won the All Ireland colleges hurling title last year and scored a goal in the Leinster Under 21 final against Kilkenny. Once again, football’s gain is hurling’s loss and brings a note of stark reality to Tommy Naughton’s future plans as yet another potential asset joins Keaney, O’Callaghan, Henry and Ryan in deserting the small ball. Unfortunately playing both at inter county level no longer seems possible and the attractions of being part of a team with realistic All Ireland ambitions are obviously great rather than labouring on the margins of the hurling elite.

On the way home myself Phil and Manus stopped in Ashford where it appears that celebrations of their winning the county intermediate championship are still ongoing! Wicklow half back Kevin Manning plays for them and Leighton Glynn used to until he deserted them for Rathnew. Apparently Rathnew provide a tastier tofu and a finer Chablis.

Elsewhere Laois overcame Offaly to set themselves up for another hammering from Dublin in Tullamore next Sunday. That will be sure to attract a big crowd and the Injured Players Fund which receives the gate receipts from all O’Byrne Cup matches will be given another worthy boost.

In Ulster, the McKenna Cup has allowed Mickey Harte to try out new players and get Tyrone ready for a year that he hopes will see them regain the dizzying heights following last year’s disappointments. They have had three pretty impressive victories over Queens University, Derry and Cavan and now meet Monaghan in the semi final on 13 February. Armagh and Donegal are in the other semi final that takes place on Sunday in Omagh.

Tyrone then will enjoy a break before meeting Dublin in the much touted flood lit match in Croke Park on Saturday week. A crowd of up to 70,000 is predicted and has been scheduled to take the bad look off the fact that the lights are really there to facilitate rugby and soccer which commences the following week.

Of course I was one of the curmudgeons who was demanding that the Dublin County Board insisted on playing the Tyrone match in Parnell Park where the Dubs could knock lumps out of them in relative obscurity! Only jesting my friends. However, in these days of compromise and conciliation I have been persuaded of the virtues of having it under the lights. But not of allowing anyone else to use them of course!

I have not altered my opinion on letting them in and will be studiously avoiding the interlopers although it might be amusing to watch the rugger chaps ordering obscure Czech beers in the likes of the Clonliffe House and Gaffneys.